NOW files
1A: Red
1B: Black
2A: Deep Electric Violet
2B: Pigment Indigo

The dancer is a woman with sky blue braided hair with bits of red leaves in it. She has red leaves on her head as well as a gold crown-like attachment above her forehead. She also wears a green suit that exposes her legs, and right side of her arm and back. The suit resembles like dried leaves and covers her left arm. Green wraps were present in her left leg and right arm. Gold thin vines wrap around the dancer's body, arms, and legs. She also wears a red scarf styled like a leaf. Her right foot is bare. She has a yellow outline.

The routine takes place in a dark forest. During each chorus, the forest is orange and has swirled trees and two branches emerge from the ground and grow spikes. Halfway through each chorus, the scene rapidly zooms forward to a yellow part of the forest with growing vines and leaves floating in the sky. When the coach disintegrates the vines, the scene changes to dark purple and flowers are created and colorful petals surrounded by the dancer’s legs. Most of the flowers float in the air and shine orange and red.

During Cardi B’s verse, the background turns hot pink and there are roses growing and lights up whenever the dancer moves her arms, the are also giant roses floating in the sky, the roses are also in the back of the dancer but smaller on their size, during Cardi B’s pre-chorus, the sky is dark red at night and has a golden fog, with growing arch-shape vines that bear decorative flowers and leaves but they vanish.

During Selena’s verse, the sky turns dark blue and the flowers start off as orange before changing to silvery white with golden petals that are surrounded by the dancer’s legs.

During the final chorus, the background has a pastel sky and there are light turquoise trees after the leaves grow, there are also colorful flowers bushes growing on the ground when the dancer rises her arms.

Gold Move: Pump your arms up in three movements. 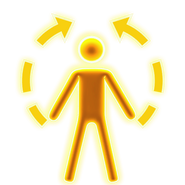 Taki Taki is featured in the following playlists: 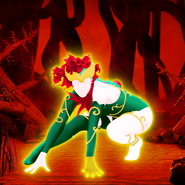 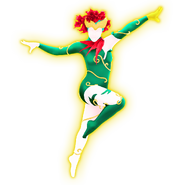 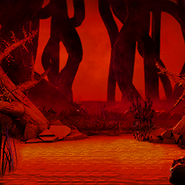 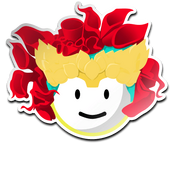 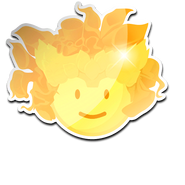 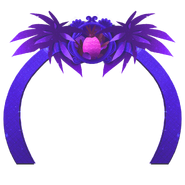 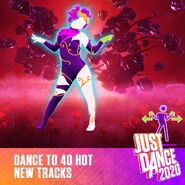 Taki Taki in the promotional image from Amazon[6]

Just Dance Now notification (along with Mini Yo School) 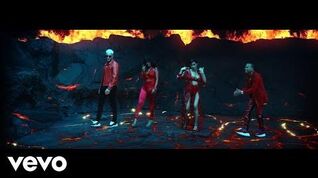 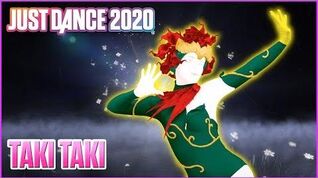 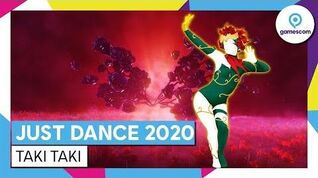 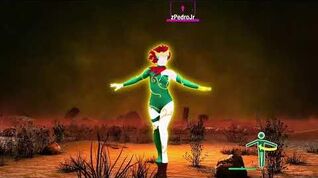 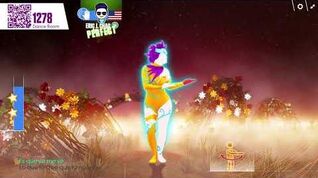 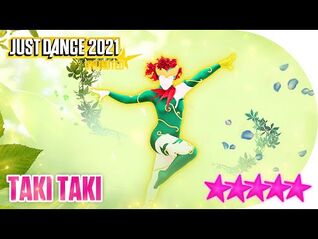