Tales of the Desert

NOW files
1A: Light Bright Sun
1B: Oregon
2A: Sea Buckthorn
2B: Eminence

"Riders of Iran (A)"[3] by Ian Paul Livingstone[1] is featured on Just Dance 2019 as part of Kids Mode, Just Dance Now and Just Dance Unlimited. The song appears as "Tales of the Desert", and the artist is credited as "Persian Nights".

The dancer is a female explorer with wavy pink hair with a blue headband across her forehead. She wears a red short shirt with a blue and gold vest over it, red pants with a black belt and black and yellow bracelets. She has a small sword on her right hip.

The background looks like an Arabic Temple. The temple consists of: golden coins, golden jewelry, a treasure chest, and a torch. Vines can be seen hanging from the ceiling, and statues of monkeys appear, outside of the temple is a view of a Arabic palace. At some points in the routine, the setting turns to night, monkeys also swing from the vines, as the dancer did in the beginning of the routine.

Gold Move 1: Raise your arms quickly.
Gold Move 2: Slowly bring your arms down to your waist. 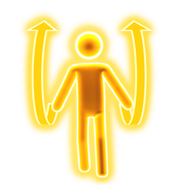 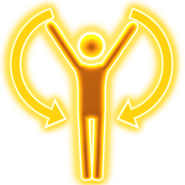 Tales of the Desert is featured in the following playlists: 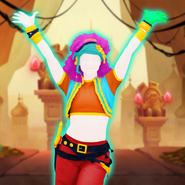 Tales of the Desert 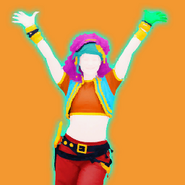 Tales of the Desert (Kids Mode) 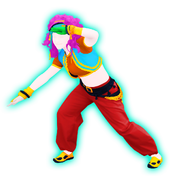 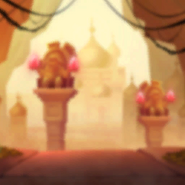 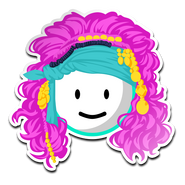 Tales of the Desert in the Just Dance Now menu 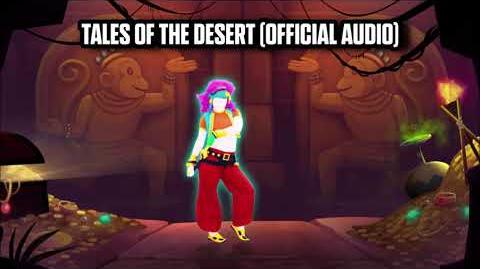 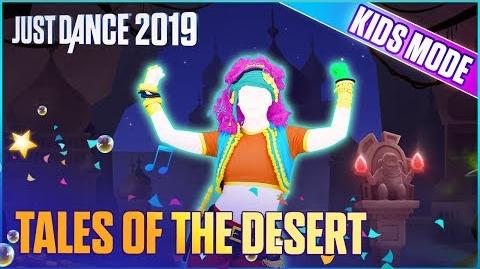 Tales of the Desert - Gameplay Teaser (US) 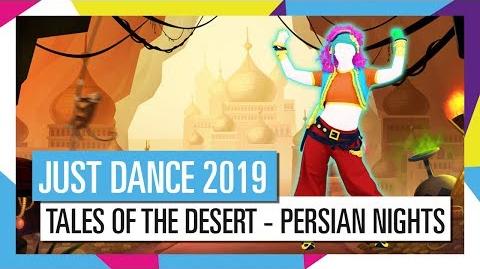 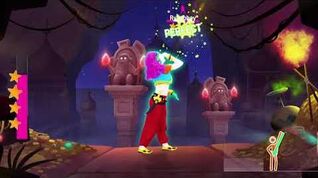 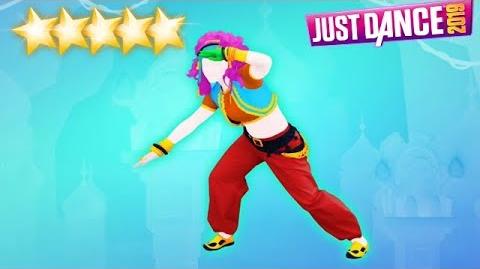 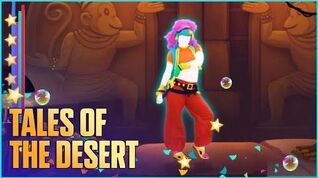 Retrieved from "https://justdance.fandom.com/wiki/Tales_of_the_Desert?oldid=1236692"
Community content is available under CC-BY-SA unless otherwise noted.