The routine is a trio; the lead dancer is a woman and the back-up dancers are men.

P2 has short black hair in a small bun and wears a red and black low cut leotard with a black skirt on the back, a golden necklace, and black heels. 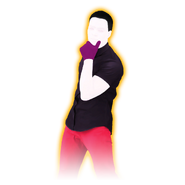 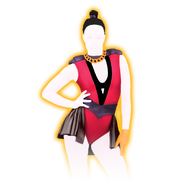 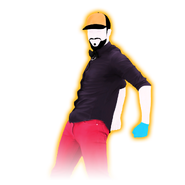 The background is a stage, a concept that resembles Junto a Ti and the On-Stage routines. The stage is dark grey with small black speakers. The walls are lavender with two rectangular lights and a large circular light. The rectangular lights are mainly black, having some pink and purple streaks inside of them, and some white lights surrounding them. The circular light flashes a bright white and features an equalizer around it. The stage turns purple and the black speakers turn light yellow. The circle turns black with purple lines frantically running in an outward direction, as are the blue lights of the same shape in the rectangular panels. The smaller lights shine over the performing trio.

Gold Moves 2 and 3: Quickly bring your hands up and slowly lower them. P2 does this while shaking her fingers. 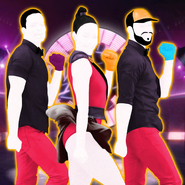 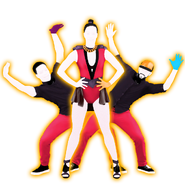 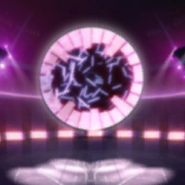 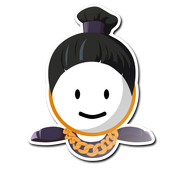 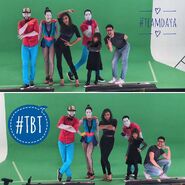 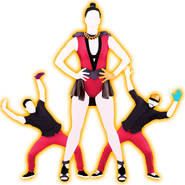 Beta album coach
Add a photo to this gallery 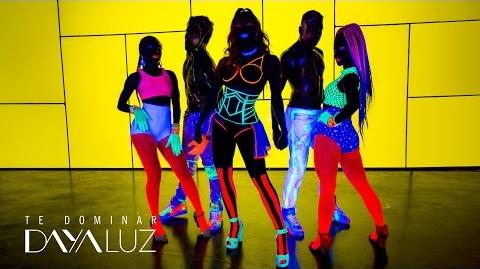 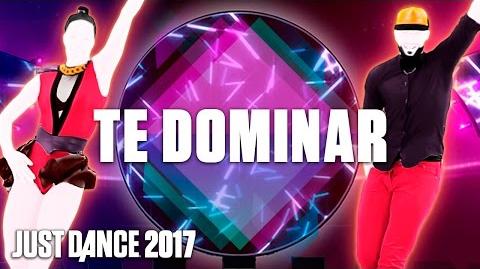 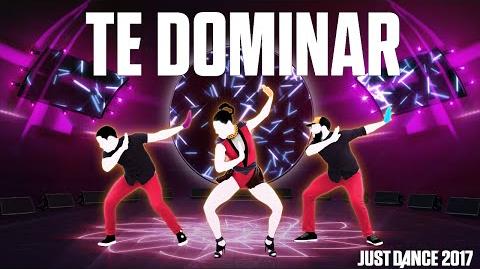 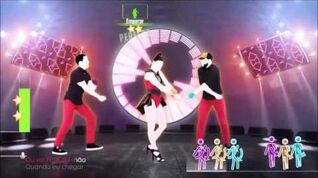 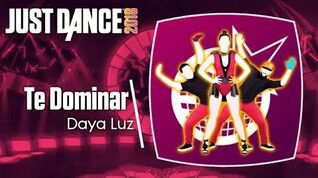 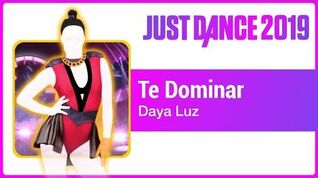 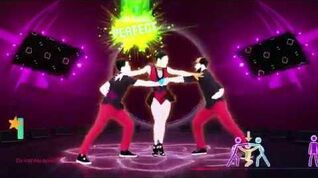 Retrieved from "https://justdance.fandom.com/wiki/Te_Dominar?oldid=1301547"
Community content is available under CC-BY-SA unless otherwise noted.