The dancer is a woman with magenta hair in a very long ponytail who is wearing a cat ear headband, and a pair of black and yellow headphones, a cyan blue sleeveless shirt with an orange-yellowish shirt underneath, navy blue skirt with a orange-yellow rim, and thigh-high heeled black boots. She has a blue outline.

The background is a lot of little dots that join others to form 3D shapes. The dancer is seen on a circular platform that glows in different colors and at some points glows white, and black. In the verses, the background shows having blue waves of star lines that create water-like movement that resemble waves. There are also a disco ball and silhouettes of the dancer in the background. In the chorus, there are strings that float round with connecting green triangles and a bright white light in the middle, after that colorful strings of stars are seen making a circular ark and some constellations in different colors are seen moving around. During the bridge, the background is similar to the verse except it is completely red even the disco ball with parts of it being orange and yellow. In the end, everything slowly fades to black even the disco ball slowly fades into pink glitter, as that happens the dancer disappears by glitching or disappearing. 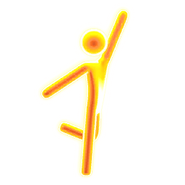 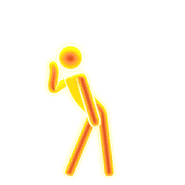 Tell Your World on the Just Dance Wii U menu 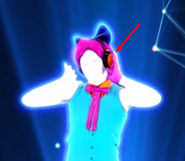 Glitch with the coach's headphones 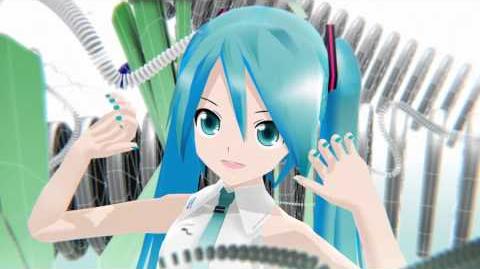 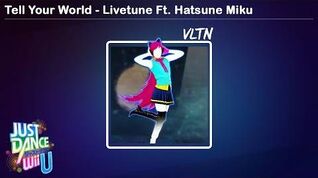