The song also has an Extreme Version which can be unlocked by earning Superstar or higher in the Classic routine.

The routine is performed by a mixed-gender dance crew in thick winter gear. They all have yellow outlines that fade around their shoes.

P1 is a woman. She has long jade green hair in a braid tied up with a lavender scrunchie. She wears a dark blue visor cap with a yellow brim, and a jade green sports bra with a yellow coat over it. Two of the straps of her bra join the sides of her stomach. She also has pink hot shorts, pink knee-high socks, and yellow boots with white heels and a lavender inside which is folded over. Her accessories are black sunglasses and gold chains on her neck.

P2 is a man. He wears a purple beanie with black ski goggles resting on the beanie, a shiny purple tank top with a pink coat with a jade green furry hood, jade green snow pants, and pink snow boots with white heels. His accessories are a gold chain on his neck, a gold and black watch on his left wrist and a black bracelet near his right shoulder.

P3 is a woman. She has black hair in heavy dreadlocks, a pink bra with a purple coat over, which has a pink fur hood wrapped around her heads, jade green ripped pants, and yellow snow boots with white heels and a pink inside which is folded over. Her accessories are a gold chain on her neck, the bottom of each cup on her bra, and on her pants, as well as an orange tall circle bracelet on each of her wrists.

P4 is a man with a dark blue beard. For attire, he wears a blue and yellow tank top, pink pants with the jacket zipped down, pink and yellow boots, and a golden and dark blue ushanka. He also wears yellow and black necklaces, a purple glove, and a cyan elbow warmer. He also dons dark blue shades. 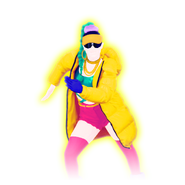 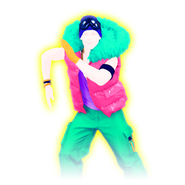 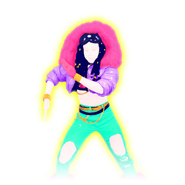 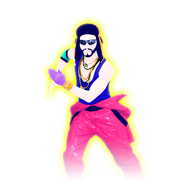 The background takes place in a tundra night filled with ice sculptures of penguins, polar bears, arctic foxes, reindeer, wolves and other arctic animals. Behind them, there are snowy rocks and ice formations. The sculptures and ice light up with different colors according to the beat. An Aurora borealis can also be seen in the background in a starry night. In certain parts, small lights can be seen under the four dancers.

Temperature is featured in the following playlists: 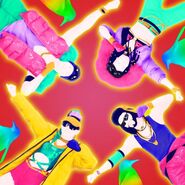 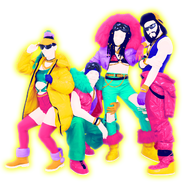 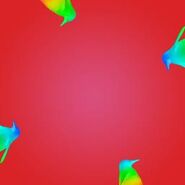 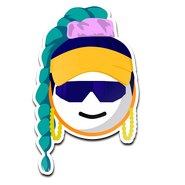 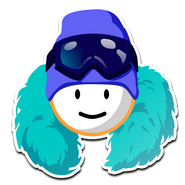 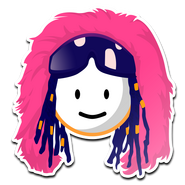 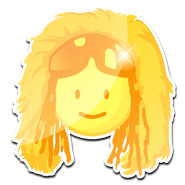 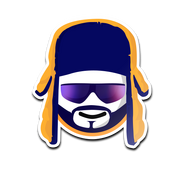 Temperature on the Just Dance 2021 menu 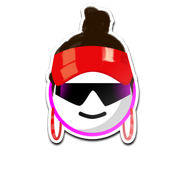 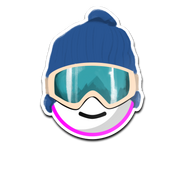 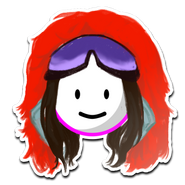 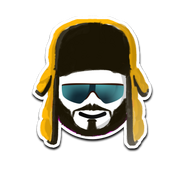 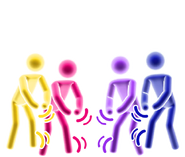 P1 on the icon for the Just Dance Now playlist "Celebrate Music!" (along with Don’t Start Now and Magenta Riddim) 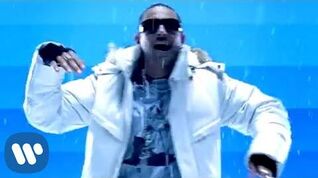 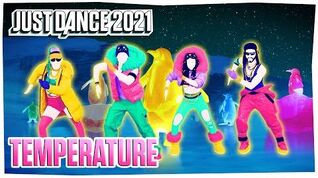 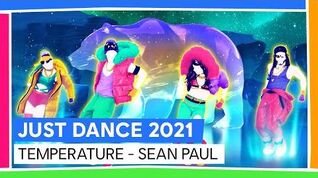 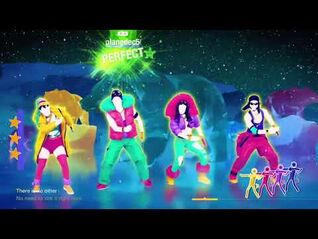 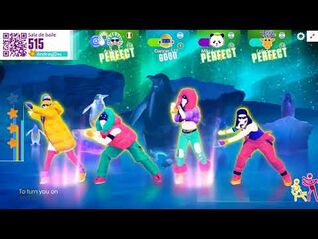 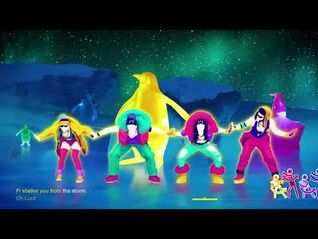 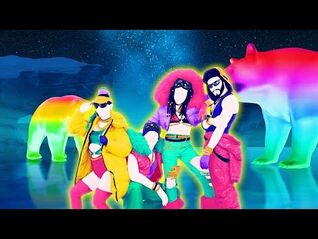