That’s How We Do

C1 is a woman who resembles Lela. Her dark hair is mainl hoose, but is secured with a white flower clip. She wears a white blouse with two black V stripes. Over that, she wears a red leather jacket, which is unzipped. She has on a black knee-length skirt, as well as black boots.

C2 is a woman who resembles Mack. Her dark hair is tied into two pigtains. She is wearing a red knee-length dress. Over that is a black leather jacket, which is open. She sports white sneakers.

C3 briefly switches to a man who resembles Tanner at certain points. Unlike Tanner, is hair is blond around the sides. He is wearing a white tank top under a red jacket, which is open. He also wears blue board shorts with white palm tree patterns on it, as well as white sneakers.

In the verses and the first part of the bridge, the background takes place at a beach in the daytime, with three huts in the middle and surfboards on the sides of the huts. Behind the huts is a wooden fence with lots of palm trees behind everything else.

In the choruses, the beach is actually on a movie screen playing a "movie" called Wet Side Story. This takes place at night. The location of the screen appears to be the same place the beach was, due to the same fence and surfboards (now in different colors ranging from the colors of the rainbow) still behind the dancers. However, the dancers are now in a glass dome containing two wooden benches that the backup dancers stand on either side of the main dancer, and a red wooden bench and beach ball at the bottom right corner. When the song ends, the screen changes to a picture of the moon and the camera pans upward to the sky.

Gold Move: Raise your arms while backing up.

That’s How We Do 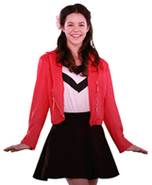 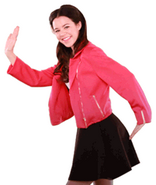 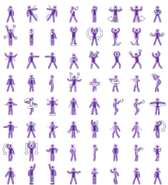 That’s How We Do on the Just Dance: Disney Party 2 menu 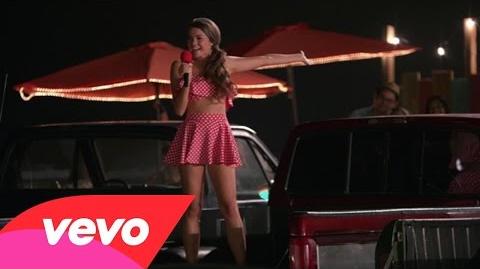 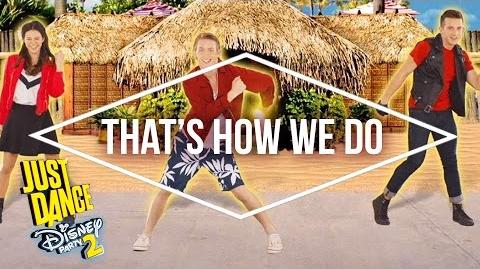 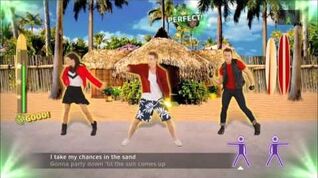 Just Dance Disney Party 2 Thats How We Do

Retrieved from "https://justdance.fandom.com/wiki/That%E2%80%99s_How_We_Do?oldid=1284787"
Community content is available under CC-BY-SA unless otherwise noted.