"That’s Not My Name" by The Ting Tings is featured on Just Dance 2, Just Dance Now, and Just Dance Unlimited.

The dancer is a woman with yellow hair in a bob, a blue masquerade mask, a yellow cardigan, a dark pink skirt, light blue socks with orange stripes, pink shoes with orange soles, and yellow lipstick. Her outfit flashes different colors throughout the song. She has a blue outline and there is a glow surrounding it that changes colors. 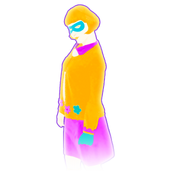 In the remake, her outline changes to purple when the background is blue, and the stripes on the socks and the soles of her shoes are yellow. Her lipstick is also much clearer and her mouth does not appear to be as big as before. The glow around her outline has also been removed.

The background has some moving walls; portions of it turn around at some points. They will either be red or blue. The title appears whenever it is sung in different fonts on the walls. When the walls are turned halfway, there will be a black background behind it with floating triangles in different colors, such as green, white, etc.

In the remake, The title appears but only one of the same word appears at the time, the font is the same for all the words and the words appear in the center instead of all over the walls. The triangles that appear in the black background are also all green in the remake.

All Gold Moves: Put your right hand on your chest and quickly slide it up. 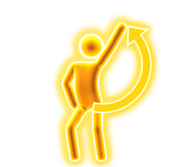 That's Not My Name appears in the following Mashups:

That’s Not My Name appears in Puppet/Party Master Modes. Here are the captions attributed to her dance moves:

That’s Not My Name is featured in the following playlists: 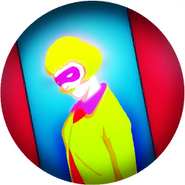 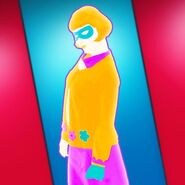 That’s Not My Name (Remake) 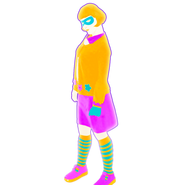 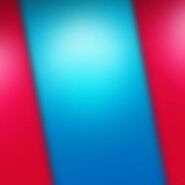 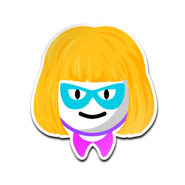 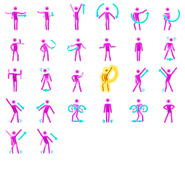 Pictograms (Updated Remake)
Add a photo to this gallery

That’s Not My Name on the Just Dance 2 menu

Just Dance Now notification
Add a photo to this gallery 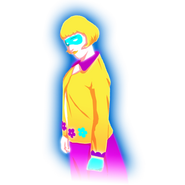 Beta half coach for the remake 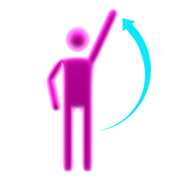 No GUI (Remake)
Add a photo to this gallery 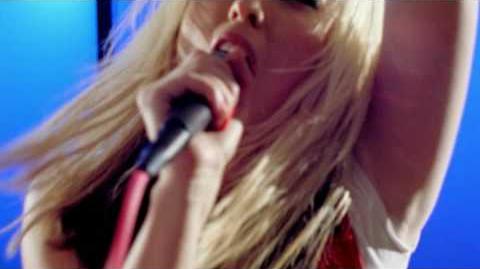 The Ting Tings - That's Not My Name 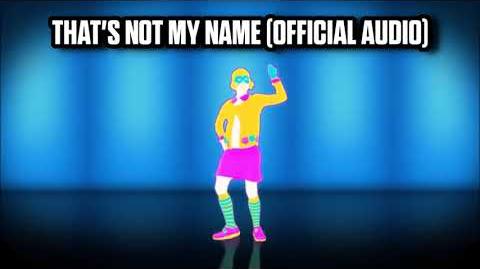 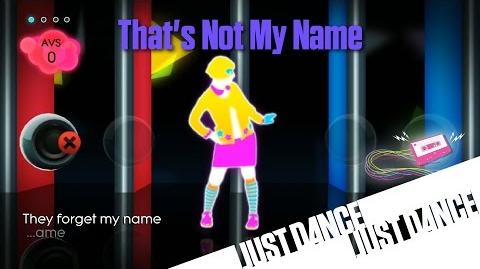 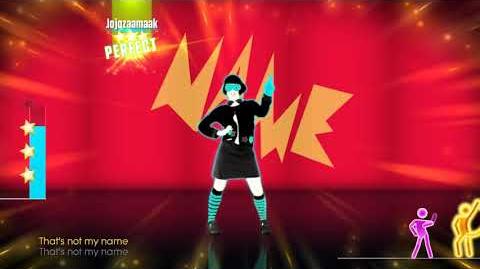 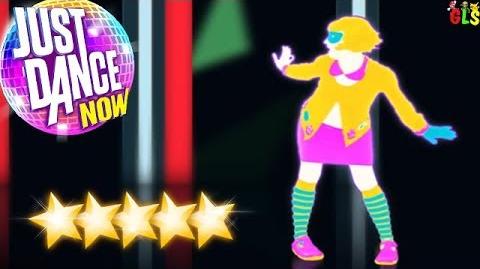 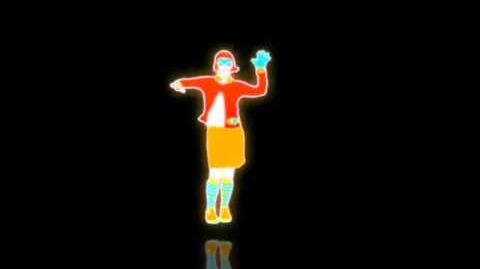 That's Not My Name Extraction 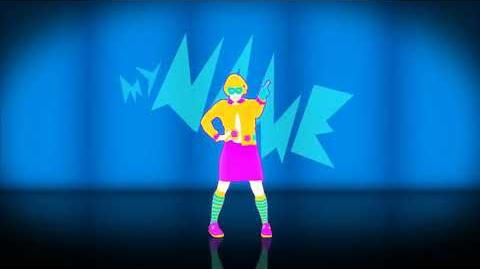 Just Dance Thats Not My Name No Hud

Retrieved from "https://justdance.fandom.com/wiki/That%E2%80%99s_Not_My_Name?oldid=1102171"
Community content is available under CC-BY-SA unless otherwise noted.