The dancer is a man wearing an orange and black suit. He wears a pair of jeans, orange shoes, and orange, futuristic sunglasses. He has black hair. During Justin Bieber’s part, it appears that some light is following the dancer’s moves when he is making a circle.

The background is the generic background of Extreme routines in Just Dance 2014. It begins with blue flashlights. Then, the outlines of the squares are flickering and the squares turn brown. When Justin begins to sing, the squares shrink and turn orange. During the routine, the coach’s shadow is seen in the square. 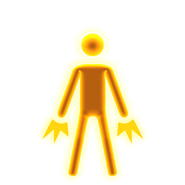 #thatPower (Extreme) appears in Party Master Modes. Here are the captions attributed to his dance moves:

#thatPower (Extreme Version) is featured in the following playlists: 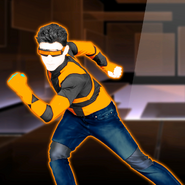 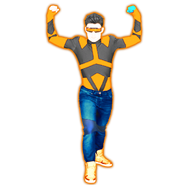 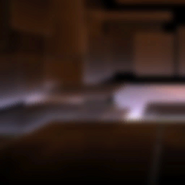 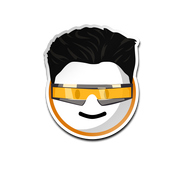 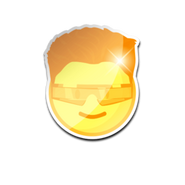 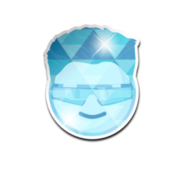 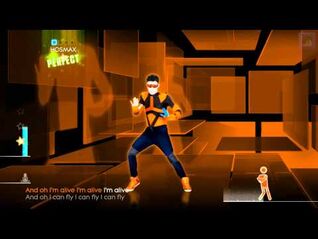 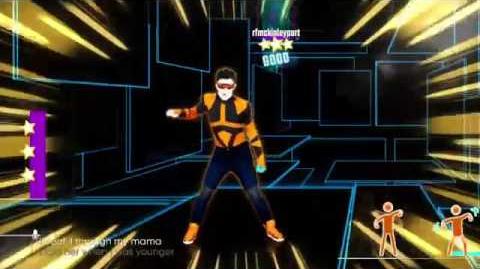 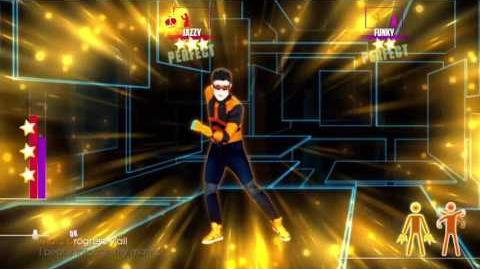 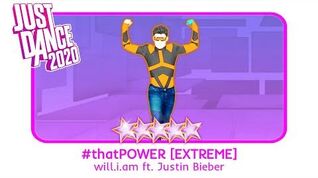