P1 and P3 are the backup dancers. Both of them are males with cyan futuristic-like sunglasses. They wear tuxedo-like shirts with gold accents, black vests, and black shoes. However, the hair is different. P1 has short, black hair and P3 has black hair tied in a bun.

P2 is the lead dancer. He is a man with a visor-like mask. He wears a yellow vest with a zebra-striped shirt, black drop-crotch pants, and cyan shoes.

During the part after the second verse, all coaches turn into grayish holograms. 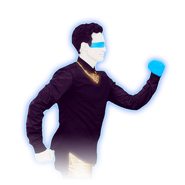 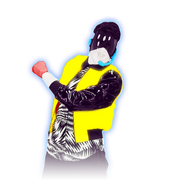 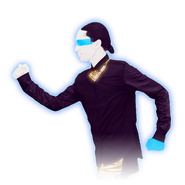 There are 3 Gold Moves in this routine for P1/P3 (all of which are the same) and 4 Gold Moves for P2:

#thatPower (Sing-Along) is featured in the following playlists: 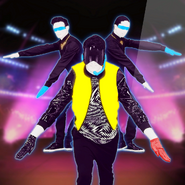 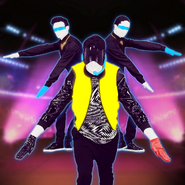 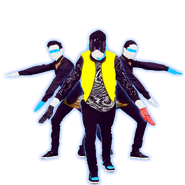 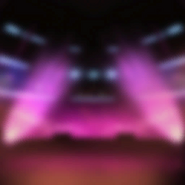 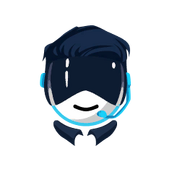 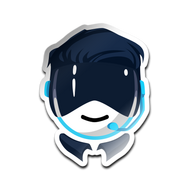 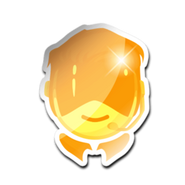 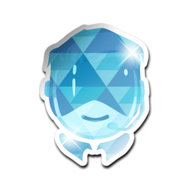 The routine on the Just Dance Now menu (2020 update, phone) 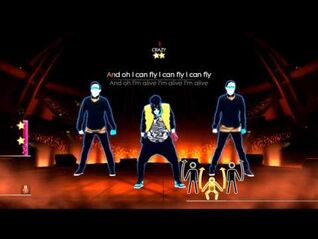 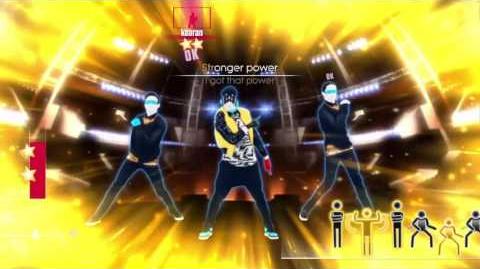