The coach is a boy dressed as a cowboy. He wears a brown cowboy hat, with an orange and white pleated long sleeve button shirt with a brown open sleeveless vest over it. He also wears a pair of black pants supported by a brown belt as well as black shoes on his feet.

The routine takes place in a Far West themed farm with a warehouse, many cacti, and mountains on the horizon.

There are 6 Gold Moves in the routine, and all of them are the same:

All Gold Moves: Skip in place and swing your arms from side to side, like you are doing a little jig. 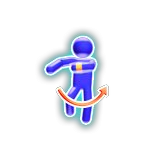 The Hokey Pokey on the Just Dance Kids 2 menu (Wii) 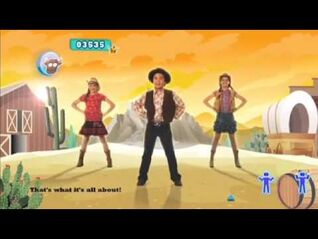 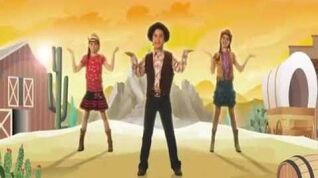