Arben Kapidani[1]
"The Lazy Song" by Bruno Mars is featured on Just Dance 4 as a downloadable track. 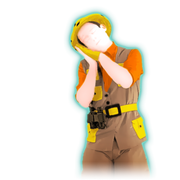 The routine in a safari with animals. Towards the end, it turns to night but later turns back to day. There are trees and various plants, sometimes with ladybugs, in the otherwise sandy safari, and monkeys can be seen swinging in the tree behind as well as a zebra sitting under the tree and whistling. A lion who taps its paw to the beat of the song and whistles can also be seen.

Gold Moves 1 and 2: Put your arms outward by your side as if to show your muscles.
Gold Move 3: Shrug your shoulders. 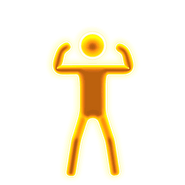 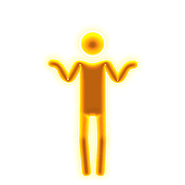 The Lazy Song is featured in the following Mashup: 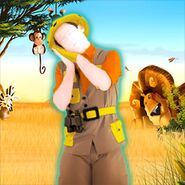 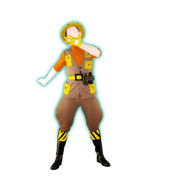 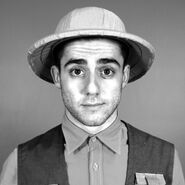 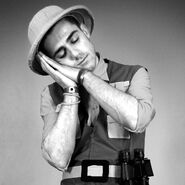 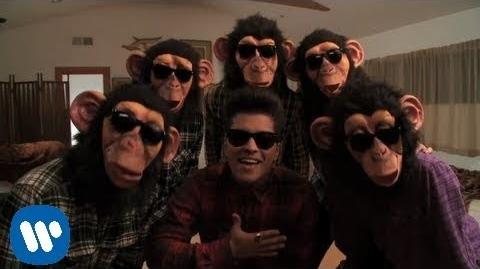 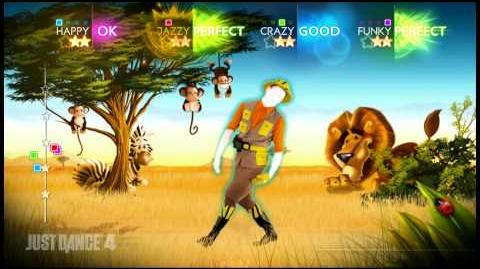 The Lazy Song - Gameplay Teaser (US) 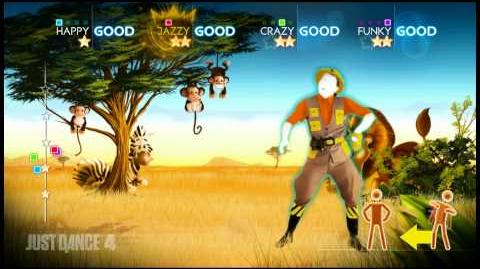 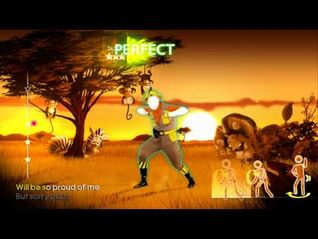