The Tokens
(The Just Dance Kids)

The coach is a girl with fair skin and black hair tied in braided pigtails. She wears a light tan and white camo shirt with a short tan open jacket with bronze buttons. She also wears a pair of dark tan shorts, dark brown long socks and dark brown boots. On the right side fo her hair, she wears a dark green polka dot ribbon.

The background appears to be in a cartoony jungle setting below a blue sky with clouds and a sun with a roaring lion which rises up in the beginning of the routine. Halfway through the routine, the sun sets turning to nighttime and a moon with the same roaring lion appears.

The coach is accompanied by two backup dancers. The backup on her left is wearing a shirt with a V neck ruffled collar and a beige skirt. She also has black leggings boots. The backup on the right is wearing a camouflage tank top with light olive green shorts and boots similar to the main dancer.

There are 6 Gold Moves in both original and the remake, all of which are the same:

All Gold Moves: Bring your arms up and claw with your hands, all while bending down.

The Lion Sleeps Tonight is featured in the following playlists: 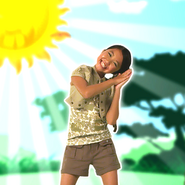 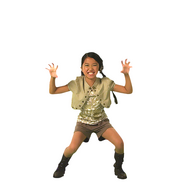 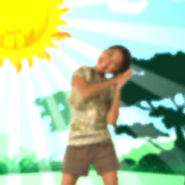 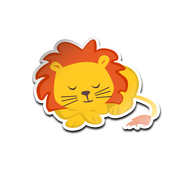 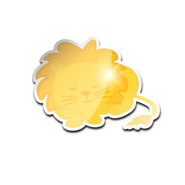 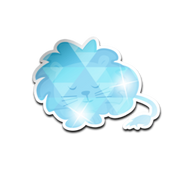 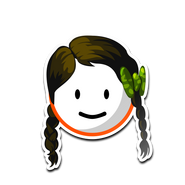 The Lion Sleeps Tonight on the Just Dance 2018 menu 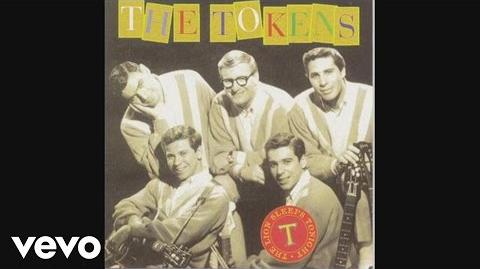 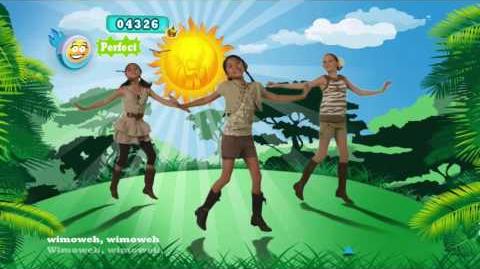 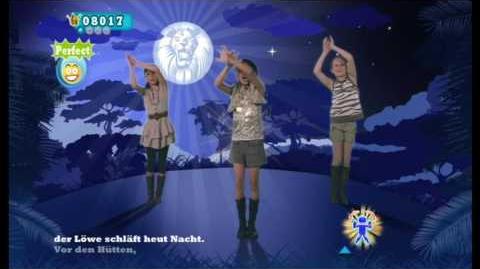 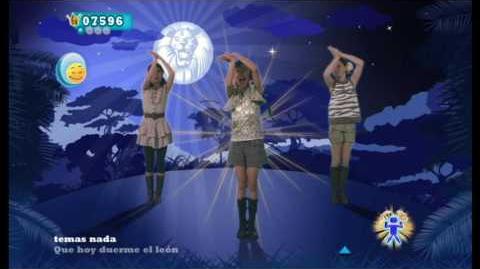 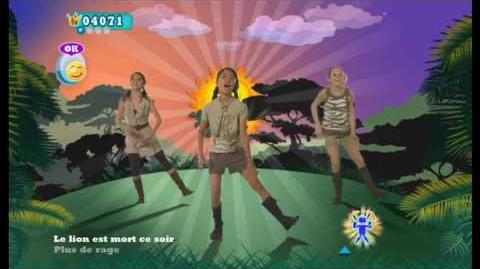 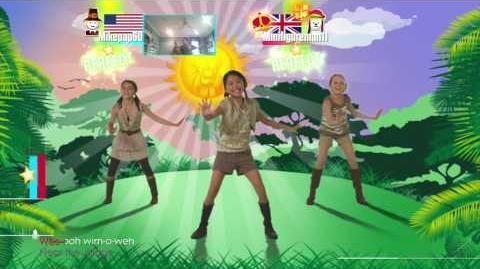 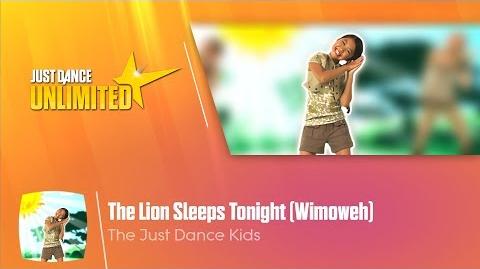 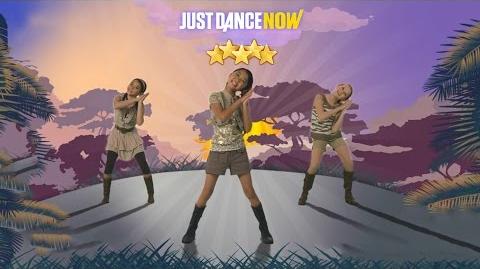 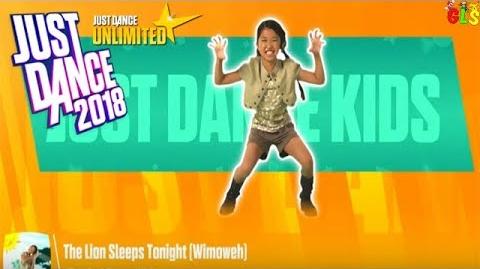 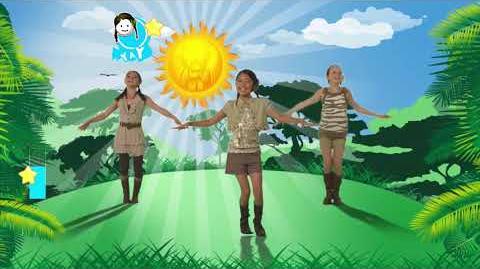 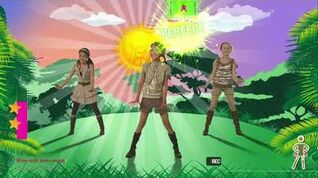 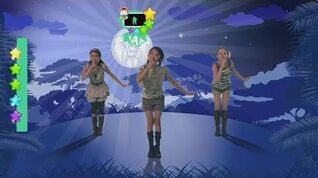 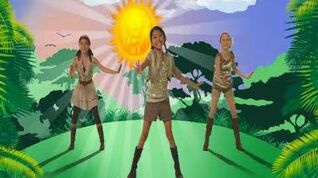 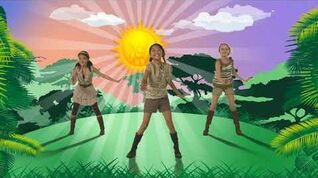 Retrieved from "https://justdance.fandom.com/wiki/The_Lion_Sleeps_Tonight?oldid=1247680"
Community content is available under CC-BY-SA unless otherwise noted.