Daisy Bush
Bay of Many (Beta)

Jérémy Paquet[1]
"The Power" by Snap! is featured on Just Dance 2, Just Dance 3 (as a downloadable track), and Just Dance: Greatest Hits. It was also planned to be on Just Dance: Best Of but was scrapped for unknown reasons.[2]

The dancer is a man with an appearance similar to a New Orleans musician. He has pink flat-top hair and is wearing a pair of pink sunglasses, a pink and purple buttoned coat, a light blue tie, a pair of purple pants, and a pair of white and dark purple shoes with turquoise laces.

In the remake, he has a cyan outline, and the effect that appears whenever "I’ve got the power!" is sung is different. 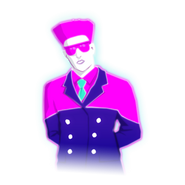 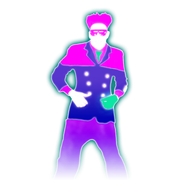 The dancer seems to be in a concert, standing on a stage with people cheering for him in the audience with their hands in West Coast hand gestures. There are also multiple radios in the background.

The hands and radios seem to be further away.

In the remake, the hands are replaced by more radios, and there are different spotlights.

Gold Move 1: Slowly raise both of your arms, as if you were playing a saxophone.
Gold Move 2: Throw your right hand out quickly with your right leg behind your left leg, and your left arm on your back.
Gold Move 3: Do a clockwise spin. 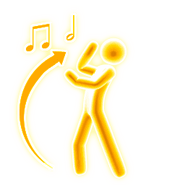 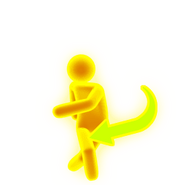 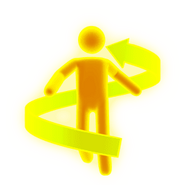 The Power appears in Puppet/Party Master Modes. Here are the captions attributed to his dance moves: 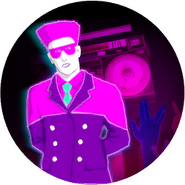 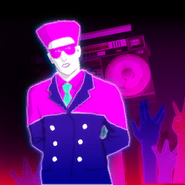 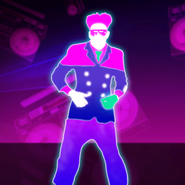 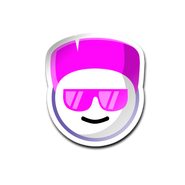 The Power on the Just Dance 2 menu

The Power in the Just Dance 3 store (Wii)

The Power on the Just Dance 3 menu (Wii)

The Power on the Just Dance: Greatest Hits menu (Wii)

The Power on the Just Dance: Greatest Hits menu (Xbox 360) 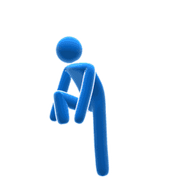 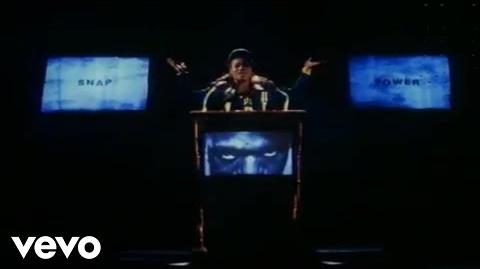 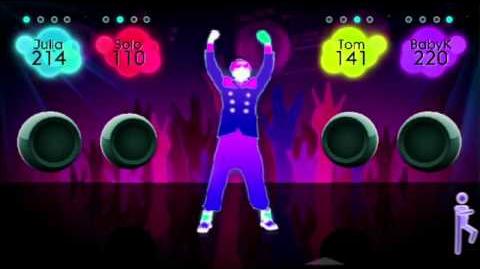 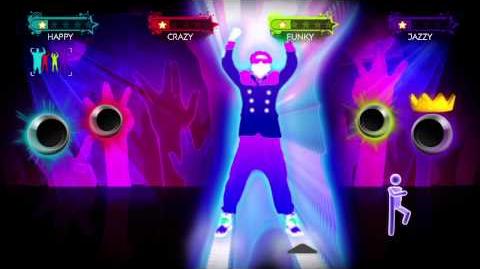 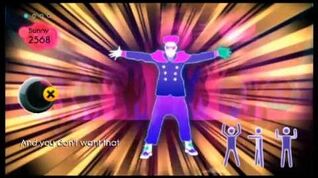 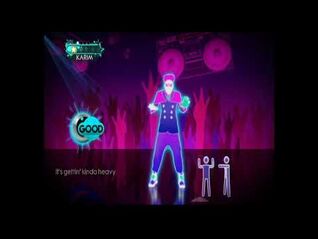 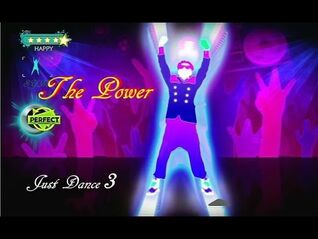 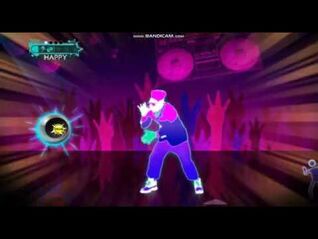 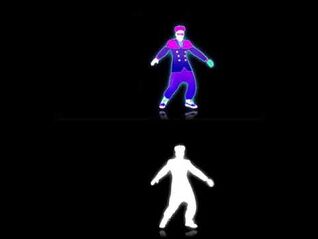 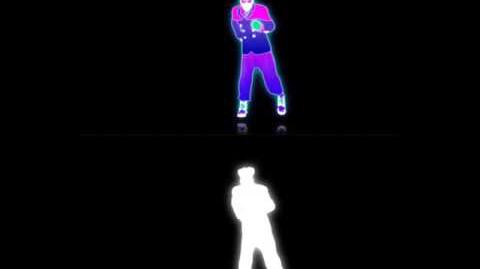 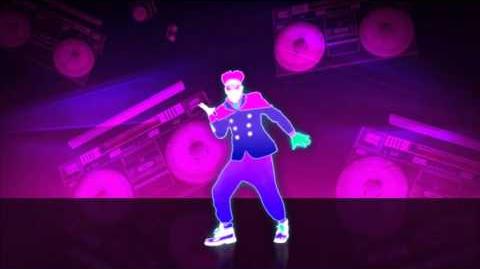 Just Dance 2 - The Power by Snap