He has short black hair with crest, and wears a tuxedo, white shirt and black tie underneath, black pants, and black shoes.

He has short brown hair and is dressed like P1.

The background is a pink stage with 3 cylinders: one is yellow for P1, the second is blue for P2, and the third is red for P3. 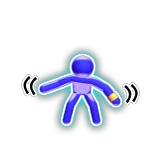 The Shimmie Shake! on the Just Dance Kids 2 menu (Wii) 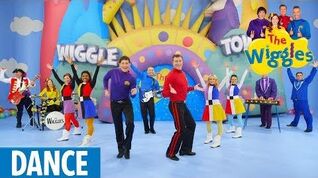 The Wiggles The Shimmie Shake 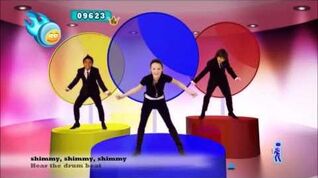 Retrieved from "https://justdance.fandom.com/wiki/The_Shimmie_Shake!?oldid=1352876"
Community content is available under CC-BY-SA unless otherwise noted.