"The Sweet Escape" by Gwen Stefani featuring Akon was supposed to be featured on Just Dance 2021, but was scrapped for unknown reasons. It can also be found in the files of Just Dance Unlimited.[1] 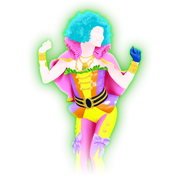 The coach is a woman with bright blue curly hair, styled in an afro. She wears a corset, styled in orange, yellow, and purple, with a bright green frill at the top. Across her torso she has on a black belt with gold accents. She wears tights to match, styled in yellow and pink, with purple bows on the sides of her knees. She also wears bright green boots styled with a black heal and orange laces. She accessorizes with a pink cape which includes a large collar. She has on golden armlets and a gold necklace.

The background consists of various fantasy and fairy tale motifs through a continuous path.

The background starts in a dark forest. There are owls and frogs which lip-sync to the song, trees, glowing mushrooms, rose bushes, and snails that act as houses sliding around. There are also checkered paths leading to different ways. The camera starts moving sideways, following one of the checkered paths, revealing more of the snails, giant pocket watches bouncing to the beat, and in the distance, rolling farm hills, a windmill, and a river. Next to the path, there's a warning sign which reads "BEANSTALK".

As the chorus starts, a beanstalk bursts out of the ground sparkles appear as it grows. The camera now moves upwards, showing a sky view of the land, clouds with sunflowers on them lip-syncing to the song, along with other smaller clouds, and the stem of the beanstalk. Smaller stems and leaves grow from it, one of which has a teacup with grass and white tulips.

The camera moves sideways again as the second verse starts, going back to the dark forest and repeating the background cycle. But this time, there aren't snails in the forest, and when it moves out from that section, there's now a Candyland covered in pink grass. Big candy canes, lollipops, and mushrooms grow from the ground. There's also a gingerbread house on a small hill and groups of gingerbread men jumping to the beat of the song around the place. This section leads straight onto the rolling farm hills. Due to the extended second verse, the beanstalk warning sign is now a bit further away.

The background cycle continues, and in the third verse, after leaving the dark forest, now there are teapot houses, more teacups with grass and white tulips in them, big candelabras and winged teacups flying around.

In the last chorus, the camera keeps moving up, reaching a night sky above the clouds, where the beanstalk ends, and there's a glowing castle in the distance. There are also shining stars and a smiling moon that lip syncs until the song ends.

Gold Move 1: Lean back and kick the air with your left leg, then move your right arm to the left while running to the left.
Gold Move 2: Open your legs and put your arms above your head. 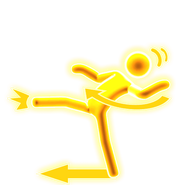 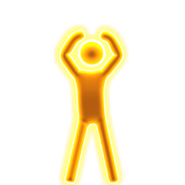 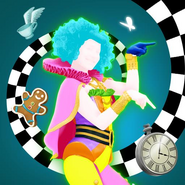 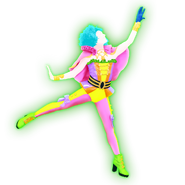 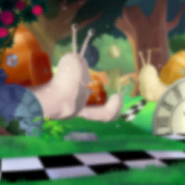 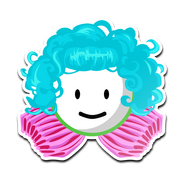 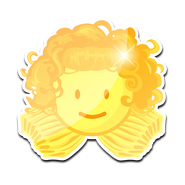 The coach on the beta "Fantasy World" playlist icon 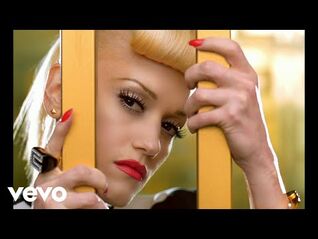