Just Dance Wiki
Register
Don't have an account?
Sign In
Advertisement
in: Songs, 2000s, Songs by Timbaland,
and 15 more

The routine is performed by a man and a woman. They both have glowing outlines that change colors throughout the song.

P1 has black well-combed short hair. He wears a violet buttoned undershirt with yellow stripes, in which many of the buttons are loose to expose his chest. Over his shirt is a shiny sky blue open jacket with golden zippers on the chest. He also wears a pair of black jeans, with a prominent rip in the the lower portions of his left thigh and black shoes. He also wears a pair of black aviator sunglasses, a black belt with golden buckles and strings of yellow fabric that is tied in the front part of his belt.

P2 has magenta purple bobbed hair, which exposes her forehead. She wears a stylish crop top, which consists of a tight black corset-like leather segment that covers her chest with buttons and puffy purple sleeves and collar, with cuffs reaching below her elbows. She also wears a black leather short skirt with a small cut in the right side to reveal some skin, as well as violet knee-length block heel boots. She also wears a pair of black cat-eye sunglasses, a pair of golden earrings, a black choker with a golden buckle, a thin golden necklace and two black belts with golden circular stubs in her skirt, which has a thin golden chain attacked to it and looped in the left side. 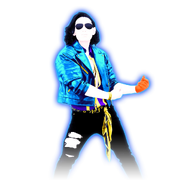 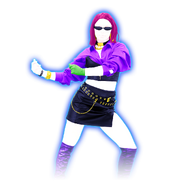 The routine takes place in various club-inspired locations with silhouettes scattered throughout. The background generally switches every 32 beats.

The first background shows a bar with glass panes above and behind it. There are industrial fans on the walls and two neon signs - one of a hand holding a rose with hearts surrounding it, and one of a man’s face (probably based on P1’s) being stroked by a hand. A light fixture with pink neon rods in it hangs from the ceiling. The walls are brick, and a staircase can be seen. There are some items of furniture, like barstools, a potted plant, and a low table. The lighting is pink and blue.

The second background shows another bar with small lamps on it. Behind the bar is an industrial furnace has a neon sign on it that says "ROCK" and shows a hand and flames. The back wall is made of brick, and piping can be seen coming out of it. There are also small rooms on either side of the bar surrounded by chain-link fence. The lighting is orange and blue.

The third background has a long, curved red couch with some tables in front of it. There is a potted plant in the foreground. There are three neon signs showing fanned-out cards and two lamps hanging from the ceiling in the background. Support beams can be seen, and there is glass with metal framing in the background. A brick wall can be seen behind the set. The lighting is orange, teal, and blue.

The fourth background takes place in a structure made of chain-link fencing and metal-framed glass in the ceiling. A brick building serves as the back wall, and it can occasionally be seen through the ceiling (but the back wall inside the structure is almost impossible to see). Pipes can be seen coming out of the left and right walls. Birdcages hang from the ceiling. The birdcages contain neon lettering that lights up with the beat saying phrases like "Enjoy Every Moment" and "NOW OR NEVER" in various fonts. The lighting is blue and pink.

Gold Move 2: With your body slightly to the left, punch both hands down while lifting your left leg.

The Way I Are is featured in the following playlists: 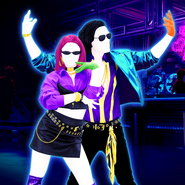 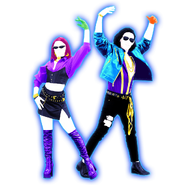 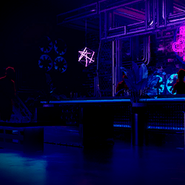 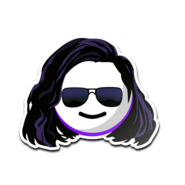 The Way I Are on the Just Dance Now menu (computer)

The Way I Are on the Just Dance Now menu (phone)

P1 on the Facebook banner for Season 2: Versus (along with P1 of Finesse (Remix), P1 of Bubble Pop! and Problem)

The coaches on the icon for the Just Dance Now playlist "Hip to the Hop!" (along with Airplanes and Old Town Road (Remix)) 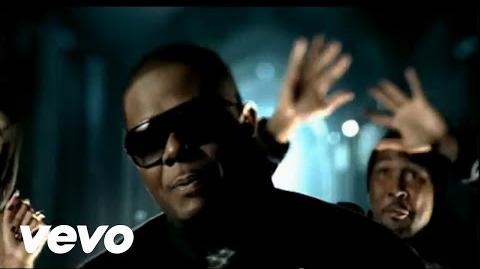 Timbaland - The Way I Are ft. Keri Hilson, D.O.E., Sebastian 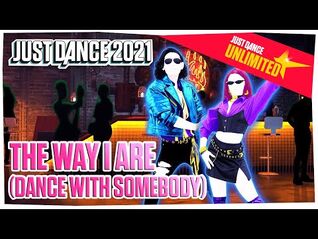 The Way I Are - Gameplay Teaser (US) 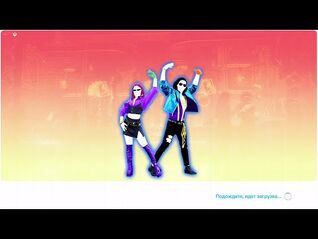 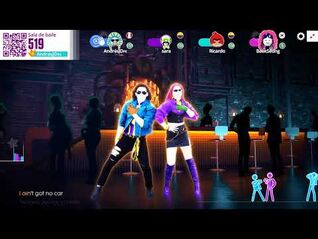