The Way I Are
(Dance With Somebody)

"The Way I Are (Dance With Somebody)" by Bebe Rexha featuring Lil Wayne is featured on Just Dance 2018, Just Dance Now, and Just Dance Unlimited.

P1 appears to be a city girl, who has turquoise and blue hair tied up to a bun. She wears a pair of sunglasses, a yellow collar with what appears to be a black bell on it, a gold bracelet on her right forearm, a pink tank top bra with a notch in the center, 2 lengths of orange ropes that serve as her makeshift belt, a pair of jeans with 4 large holes in them, an orange glove on her left hand, a pair of pink socks and yellow high heels with black belts.

P2 starts and ends off as a city boy with black hair. He wears a turquoise beanie, a single pink piercing on his left ear, 2 black necklaces, a yellow shirt, a pink bracelet on his right wrist, a lime green glove on his left hand, a pair of skinny jeans and a pair of pink sneakers with black laces.

Whenever the chorus starts, the dancer who is currently P2 exits the screen and switches places with the panda from I Gotta Feeling with an altered color scheme. The panda has a mohawk that is dyed pink, yellow and turquoise. He also wears 3 orange necklaces, a pink anklet on his left thigh and a light blue glove on his right hand.

Before the start of Lil' Wayne's verse, the panda exits the screen and switches places with a young Chinese man with black braided hair. Though this dancer is performed by a woman, the character is portrayed as male. He wears a yellow bandanna on his head, a purple tangzhuang suit with pink straps and black shoes.

At the start of the bridge, the panda switches places with a cowboy with black hair. He wears a yellow cowboy hat, a blue denim shirt with turquoise pockets and shoulders, a pink watch on his right wrist, a turquoise glove on his left hand, a pair of black pants and a pair of pink sneakers with black laces. 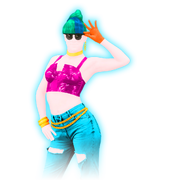 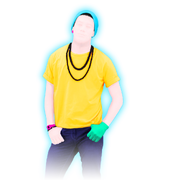 There are 2 Gold Moves in this routine, all of which are the same: 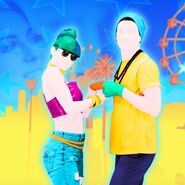 The Way I Are (Dance With Somebody) 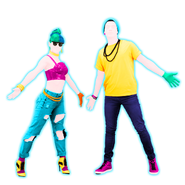 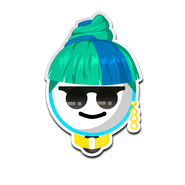 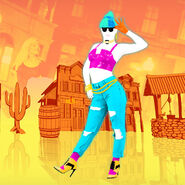 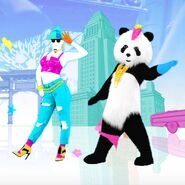 Concept art 11
Add a photo to this gallery

Pictograms with default colors[4]
Add a photo to this gallery 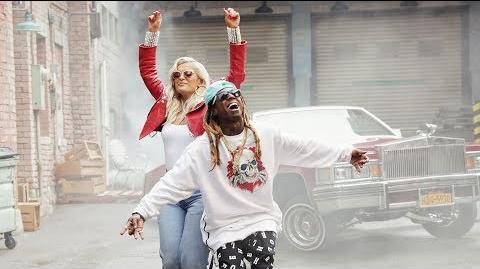 Bebe Rexha - The Way I Are (Dance With Somebody) feat. Lil Wayne (Official Music Video) 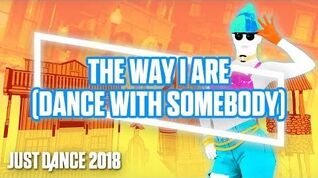 The Way I Are (Dance With Somebody) - Gameplay Teaser (US) 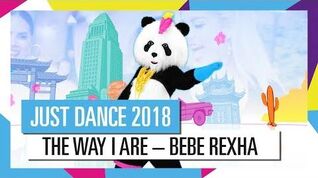 The Way I Are (Dance With Somebody) - Gameplay Teaser (UK) 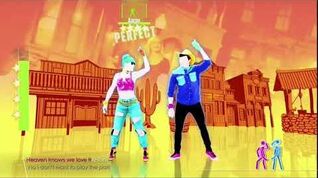 The Way I Are (Dance With Somebody) - Just Dance Now 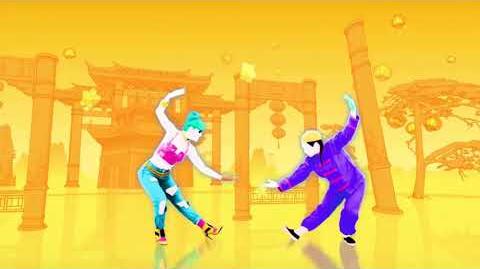 Retrieved from "https://justdance.fandom.com/wiki/The_Way_I_Are_(Dance_With_Somebody)?oldid=1139229"
Community content is available under CC-BY-SA unless otherwise noted.