"Think About Things" by Daði Freyr is featured on Just Dance 2022 and 舞力无限.

The dancer is a male animated elf with tall and lanky proportions, pale skin, blue eyes, large sharp ears, a goatee beard, and red blush on his large nose and the tip of his ears. He wears a light blue conical cap, where his brunette hair sticks out underneath the cap and styled after a quiff. He wears light blue and white long-sleeved sweater with snowflake designs that alternates color, white woolly portions in the sleeve cuffs, under the sweater and around the neck, and three small golden circular buttons a cluster of small red circular buttons that are located on his heart. He also wears a pair of light blue pants with faint plaid lines and white woolly leg cuffs, and a pair of mismatched long-toed shoes, with the left shoe green and the right shoe red. He has a green glove.

This section is a stub. You can help by adding to it.
The routine takes place on a Christmas-themed stage with a disco ball, house, red and green ornaments with a band of elves playing instruments and dancing along throughout the song. 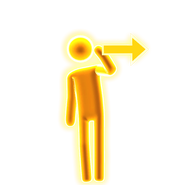 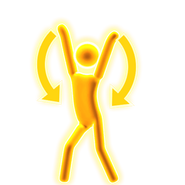 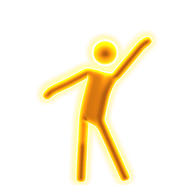 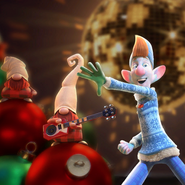 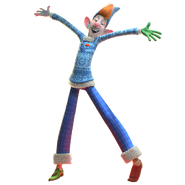 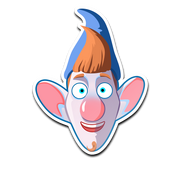 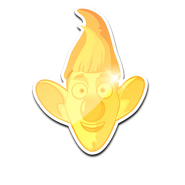 Think About Things on the Just Dance 2022 menu 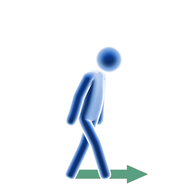 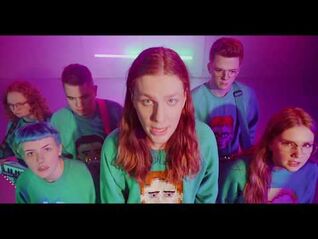 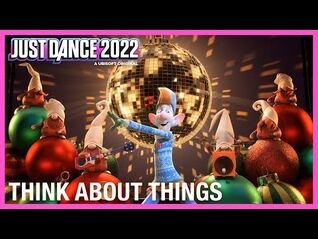 Think About Things - Gameplay Teaser (US) 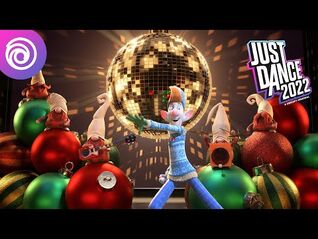 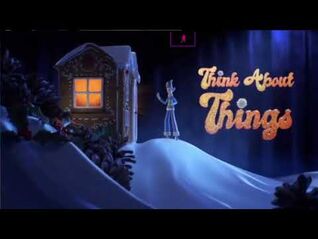