Soraya Gacem[1]
"Thumbs" by Sabrina Carpenter is featured on Just Dance 2018 via Just Dance Unlimited. Prior to June 30, 2018, it could be played for free on the Wii U, the PlayStation 4, the Xbox One, and the Nintendo Switch by linking a Ubisoft Connect account to the game.

The track also appears on Just Dance Now and 舞力无限.

The female dancer wears a golden flower crown with a braid hanging to the right. She wears a dark maroon bra crop top. She also has a dark blue choker. She wears patterned shorts that match her top. On her left wrist, she has several bracelets. She is wearing a pair of small black boots. During the bridge, her crop top and shorts turn to gold, her skin turns into an ombre of black to crimson, her hair turns maroon, and her flower crown turns peach.

The background is outside a street building, which seems to have pink windows on the top. Spotlights appear there as well, with colors ranging from pink and blue. Miscellaneous objects, like crates, appear on the floor, and on top of these objects are candles that sometimes light up. Sparkles also appear.

In the verse, five tarot cards can be seen with the sun imprint on their back. The cards flip, revealing elements that reference the lyrics (for example, a robber and a bank appear on two cards when "Somewhere in the world you got a robber and a bank" is sung).

After the verse, sketchy clouds can be seen floating in the background with colored still images of figures resembling people. There are a few, where then more figures appear.

In the pre-chorus, buildings appear again, with silhouettes of people sitting on them. Sketches of stars also appear.

In the chorus, a circle appears representing Earth. It shines as sketches of figurines circle Earth, holding each other's hand. Sketches of stars, the Moon, clouds, and the Sun also appear which rotates around the earth-like planet slowly.

During the bridge, the sun imprint from the cards appear in a reddish background, with rays shooting out and leaf-shaped objects appearing. Cards appear on the edge of the sun, with more appearing as the sun gets brighter and the background blurs.

Gold Moves 1 and 2: Put your right arm up, then put down quickly while moving to the right.
Gold Move 3: Bring up both of your hands while kneeling. 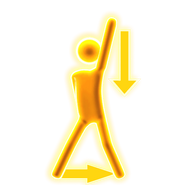 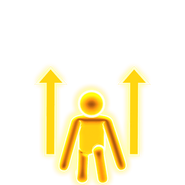 Thumbs is featured in the following playlists: 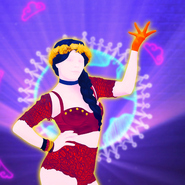 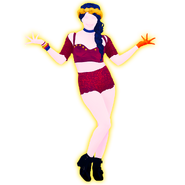 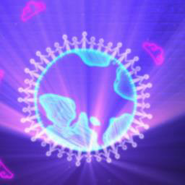 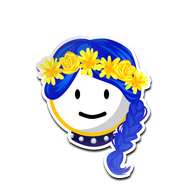 Thumbs on the Just Dance 2018 menu

Thumbs on the Just Dance 2019 menu

Thumbs on the Just Dance 2020 menu

Thumbs in the Ubisoft Club promotion

Promotional banner for Thumbs from the Just Dance Controller app 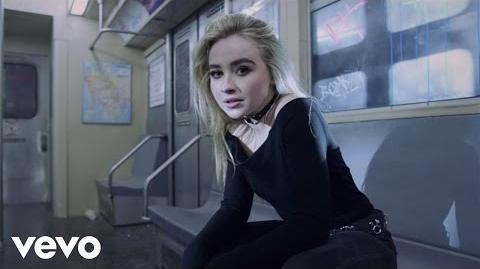 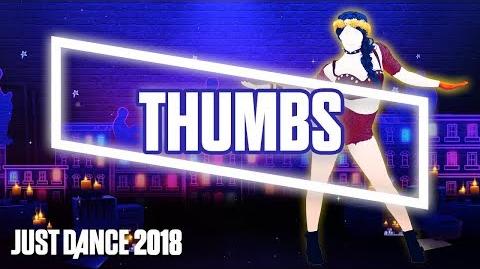 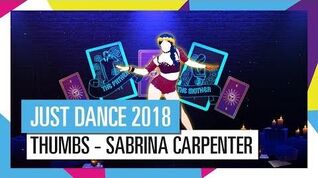 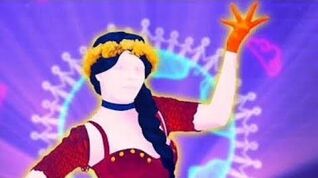 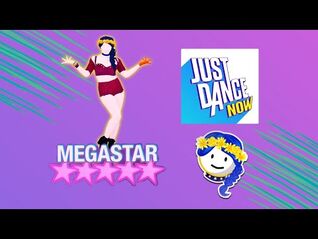 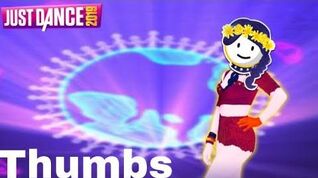 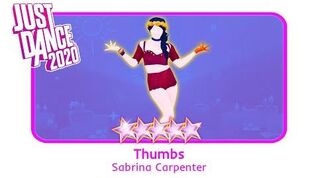 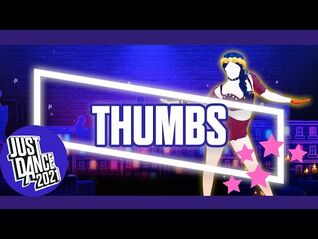 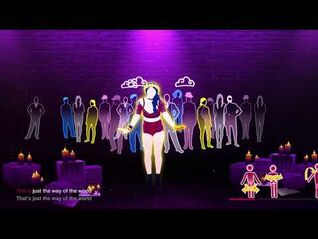