Time of Our Lives

I Didn't Do It

Caitlyn Santiago
Background Dancers:
Regan Aliyah (Left)
Kai Whitaker (Right)
"Time of Our Lives" by Olivia Holt from I Didn't Do It is featured on Just Dance: Disney Party 2.

The dancer is a teenage girl who appears to resemble the character Lindy. She has dark frizzy hair hanging over her shoulders. She wears a dark pink sweater, over which she wears a sleeveless blue jean jacket. She also has dark gray leggings and sports short black boots.

The background is in the same style as the theme song. The routine is meant to look as if everything is inside a photo book or collage of pictures. Every picture is aligned in three rows of three squares. The pictures above and below the middle row depict people and objects in everyday lives. The coach stands in the middle square, which is tinted a pink color.

The pictures on the side of the coach also feature non-playable dancers that resemble other characters from the show. Both dancers are teenagers that resemble Jasmine and Logan. The teenage girl has dark frizzy hair spread out. She wears a salmon pink sweater, over a orchid-purple shirt. SHe also has dark leggings studded with black stars, and short black boots. Her quare is tinted orange. The teenage boy has short dirty blond hair. He sports a blue shirt with gray sleeves, black pants with a black belt, and black sneakers. His square is tinted blue.

Gold Move: Put your hands up while raising your right leg and slightly tilting your head to the right.

Time of Our Lives 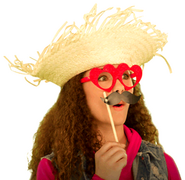 Time of Our Lives on the Just Dance: Disney Party 2 menu 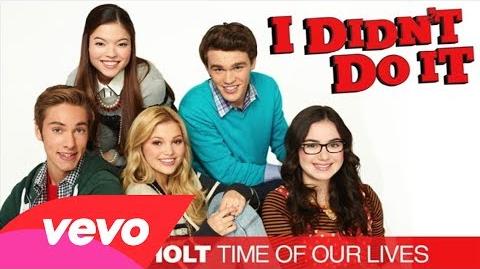 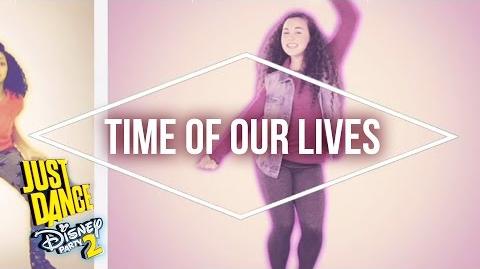 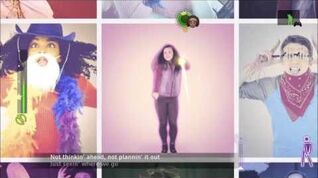 Retrieved from "https://justdance.fandom.com/wiki/Time_of_Our_Lives?oldid=1359212"
Community content is available under CC-BY-SA unless otherwise noted.