"Too Much" by Zendaya from Zapped is featured on Just Dance: Disney Party 2.

The dancer is a teenage girl with brown frizzy hair. She wears an orchid purple jacket that has black leather pockets on both sides. Under that, she has on a white shirt with giant capitalized words on it. Her bottoms are indigo-colored leggings that stop a few inches over her ankles. Her footwear includes dark blue sneakers with light blue laces. She resembles Zoey Stevens.

The background is a stage with two lights from the top. The lights flash purple during the verses and yellow red during the other parts. Both lights illuminate their surroundings to their respective colors. The coach stands on a shiny wooden floor. A dark colored curtain covers everything behind the coach, save for three square window lights and two blinking multicolored lights between the square lights. There is also a bright yellow spotlight shining over the stage.

There are two teenage boys who serve as backup dancers. One teenage boy has a white backwards cap on, and a black vest with white sleeves. He has a yellow buttoned up shirt under. He has black leggings and sports maroon sneakers with white laces. The other teenage boy has black hair in an afro style. He wears a blue polo shirt under a light gray vest and red dress pants. He accessorizes with orange sneakers, with the upper parts being black.

Gold Move: Bend your back slightly and lower your arms in a circle while shaking your body. 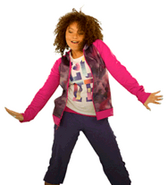 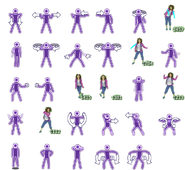 Too Much on the Just Dance: Disney Party 2 menu 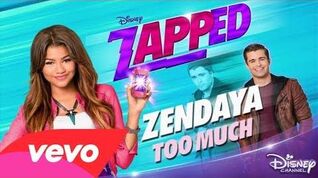 Zendaya - Too Much (from "Zapped") 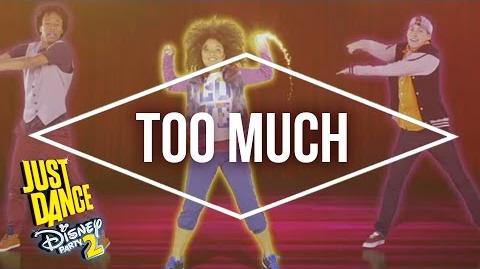 Just Dance Disney Party 2 – Zapped – Too Much - Official US 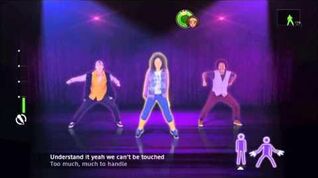 Too Much - Just Dance Disney Party 2-0

Retrieved from "https://justdance.fandom.com/wiki/Too_Much?oldid=1292575"
Community content is available under CC-BY-SA unless otherwise noted.