The dancer is a nurse with purple hair. She wears a pink nurse jacket over a purple dress, a pink nurse's hat, and pink stilettos. Her jacket has two purple pockets that have white-on-pink medical crosses on them and her hat has a cross. She also has a pink stethoscope in her ears and a purple bracelet on her left arm. During the chorus, her outfit and hair change from pink to black, but the crosses on her outfit remain visible. In Just Dance Wii, she simply darkens instead. During the bridge, she flashes dark pink then briefly turns pitch black.

In the song's remake, the dancer has a lighter and more realistic color scheme and has a pink outline. 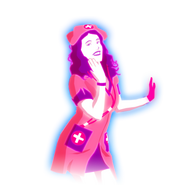 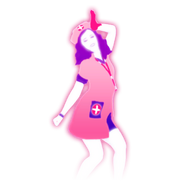 The routine takes place in what is supposed to be a pink nuclear central room, with a purple radiation sign, other purple signs, and many lights including pink smoke coming out from the bottom. During the chorus, it turns into a dark red room with horizontal neon lines whose back and sides flash with red stripes and the pink smoke becomes red. 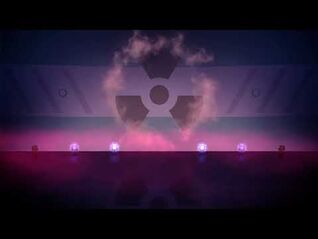 The background is left largely unchanged, except the hazard sign has been replaced with a warning sign.

The red room is completely different; it has a pixelated rose in the background and cherry red electricity circles coming out of it.

The background is the same as the Wii version; however, the lights are dimmer.

Gold Move: Put your hands on your hips and turn to the right. 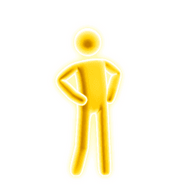 Toxic is featured in the following Mashup:

Toxic appears in Puppet/Party Master Modes. Here are the captions attributed to her dance moves: 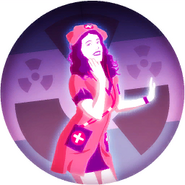 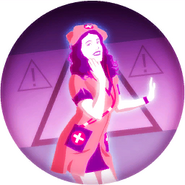 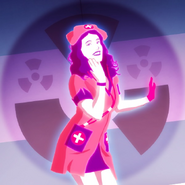 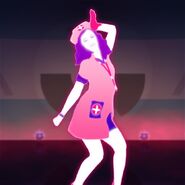 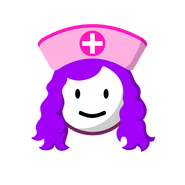 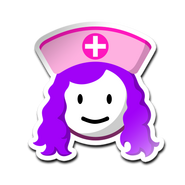 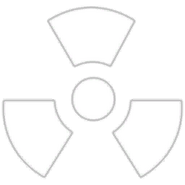 Toxic on the Just Dance 2 menu

Toxic on the Just Dance: Best Of menu 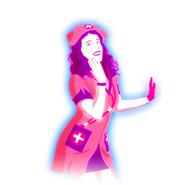 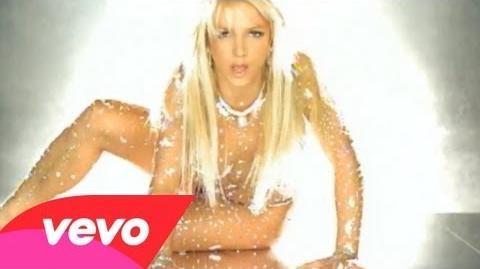 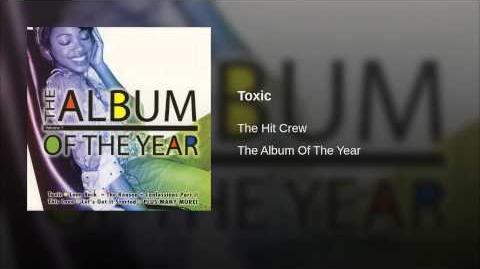 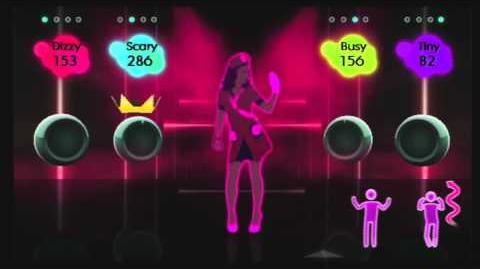 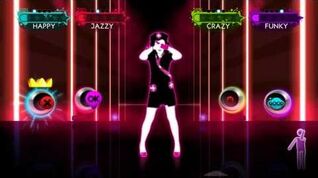 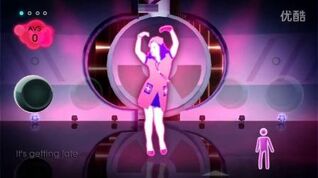 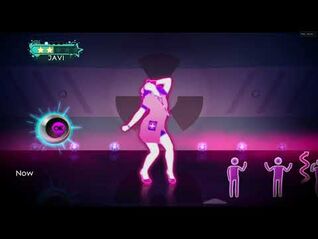 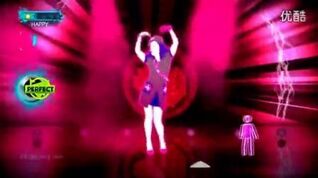 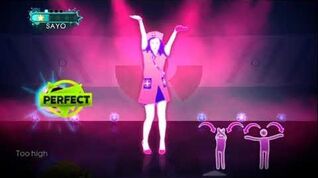 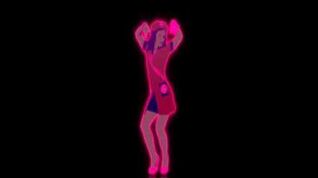 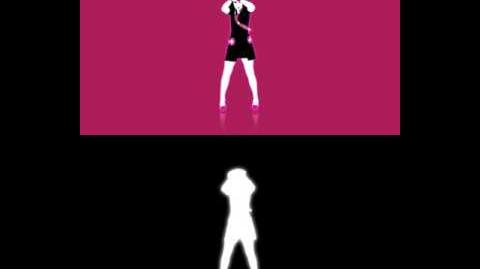 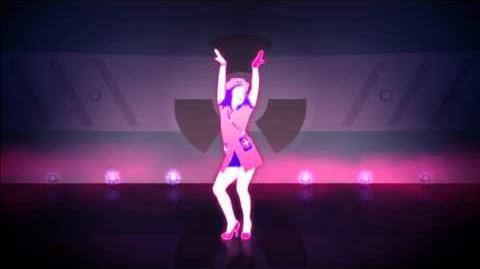