The coach is a woman. She has bright blonde hair styled in Victorian rag curls and has a big pink bow rested on top of her hair. She wears a pink top with puffy sleeves and a multicolored three-layered tutu, which were red, teal-blue, and yellow respectively. The tutu is also held in place by a black garter attached on the top of the tutu. She also wear teal stockings and pink ballerina sandals. Notably, she also wears fake eyelashes and has a pair of fake eyelashes designs in the side of the sleeves, her chest, and several eyelashes designs in her leggings. She has a yellow outline.

At the beginning, the coach starts in black and gray color scheme. Her skin, hair, glove and the red and yellow tutu layers are black, the teal tutu layer, the puffy sleeved top, leggings are in a darker shade of gray, and her ballerina sandals are in a lighter shade of gray. Colors flash throughout the air piano move before she gains her regular colors.

The routine takes place in a meadow. The coach is standing on a red carpet that leads to a strange plant and her throne. The sky has two eyes floating around, and a pink fog under the carpet. Holograms of the coach can also be seen.

Both Gold Moves: Bring both hands away from your face in a swiping motion. 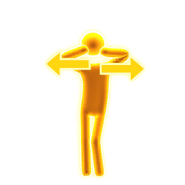 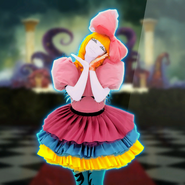 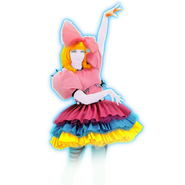 つけまつける on the Just Dance Wii U menu 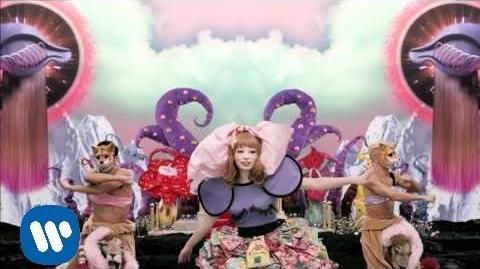 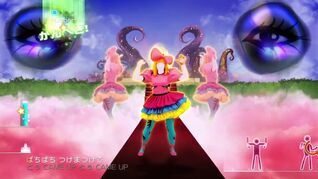 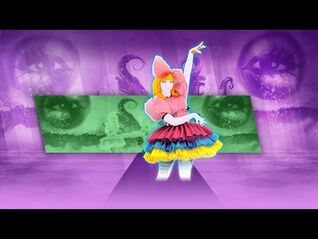