Turn Up the Love (Sumo Version)

< Turn Up the Love
View source
watch 02:52
Roblox: DeepWoken - The Loop
Do you like this video?
Play Sound

Turn Up the Love
(Sumo Version)

In the alternate "SUMO" mode, there are four male dancers. They wear inflated fat suits, red hoodies with "JD" written on them, a pair of blue jeans with a black belt, and sneakers of different colors per dancer (red for P1 and P2, blue for P3, and yellow for P4). The men are distinguished by facial features; P1 has a black beard, P2 wears sunglasses and a yellow cap similar to those from the classic mode, P3 wears a blue cap and glasses, and P4 has black hair, glasses, and a brief beard. P1 and P3 wear their hoods on their heads. 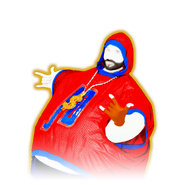 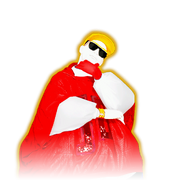 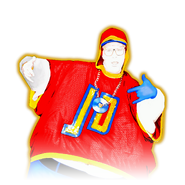 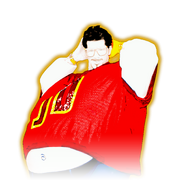 The routine initially takes place in front of a light blue wall with "TURN UP THE LOVE" written in a cartoony font and zebra stripes. During the whistle part, a whistle and "TWEET!" appear too. During the verses, the background switches from light blue to pink, and a golden radio attached to a golden chain and a tiger is seen, as well as other zebra stripes.

There are 2 Gold Moves in the Sumo routine, both of which are the same:

Both Gold Moves: Put your arms down.

Turn Up the Love (Sumo Version) is featured in the following playlists:

See Turn Up the Love#General 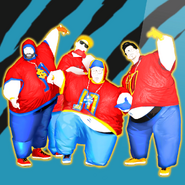 Turn Up the Love (Sumo) 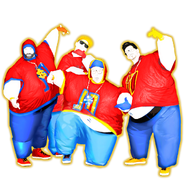 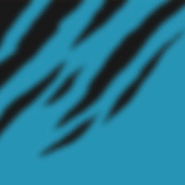 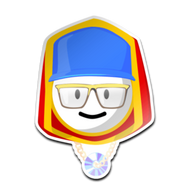 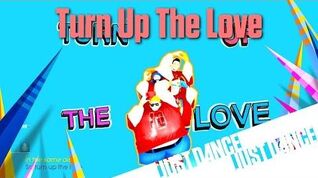 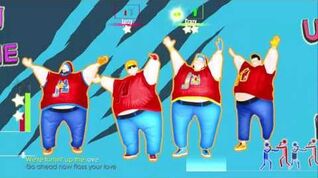 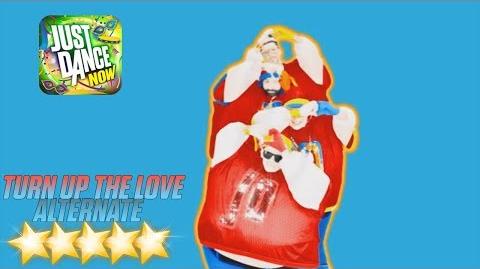 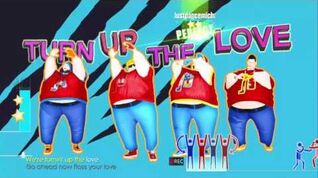 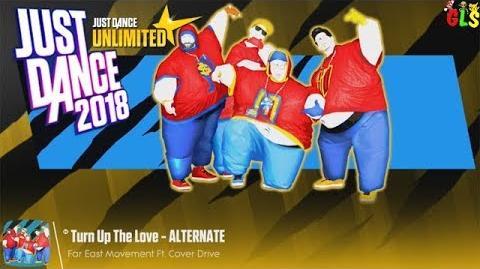 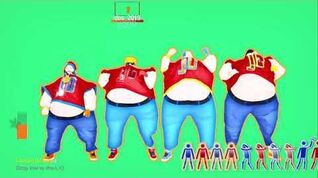 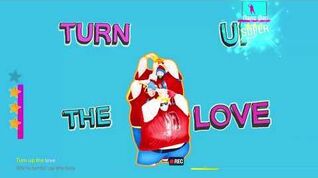 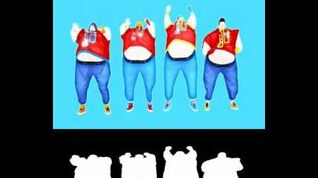