"U.S.A." by DA PUMP is featured on Just Dance 2021 as a Japan-exclusive routine[1][2] with an Internet connection. Internationally, the song can be played through Just Dance Unlimited. The song also appears on 舞力无限 and Just Dance Now.

The routine is performed by a group of men in casual outfits with Western influences. They have a sticker-like outline, with a thick inner black outline and a thick and bold white outline. They have a cell-shaded appearance.

P1 has black hair and sunglasses with purple frames. He wears a pink shirt covered by a long cyan jacket that reaches his knees, yellow pants, a black belt, pink socks, and a pair of shoes. He has a green glove.

P2 has long black hair and sunglasses. His shirt is purple with a blue and black striped necktie over it and is covered by a red jacket with black lines near the shoulders. His pants are lime green with a purple string sticking out of the left pocket, and has black shoes for footwear. His glove is pink.

P3 has black hair covered by a light blue fedora and circular framed sunglasses. He wears a blue and black striped shirt underneath a pink jacket, a purple sweater tied around his waist, black pants with holes in them, and black shoes. His glove is yellow.

P4 wears a yellow hat over his black hair (which is tied into a ponytail resting on his left shoulder), and has purple framed cat-eye sunglasses. His outfit consists of a green shirt with a purple and black striped necktie. That is worn underneath a yellow jacket. His bottom half consists of purple pants, black shoes and black and cranberry striped socks. He also has a small purple armband on his left arm. His glove is cyan. 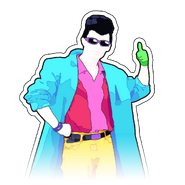 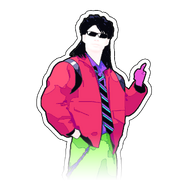 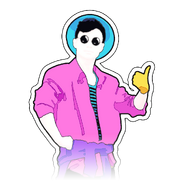 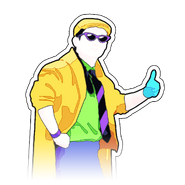 This section is a stub. You can help by adding to it.
The background consists of a lot of American culture.

Gold Move 1: Lift your left leg up and flex your elbows at a 75 degree angle.
Gold Move 2:

U.S.A. appears in the following playlists: 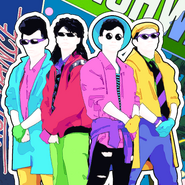 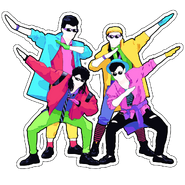 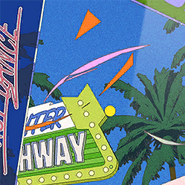 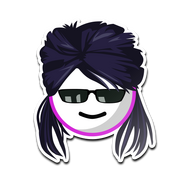 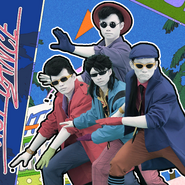 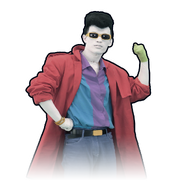 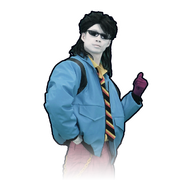 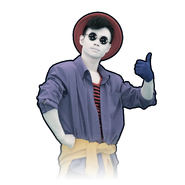 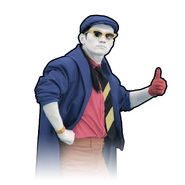 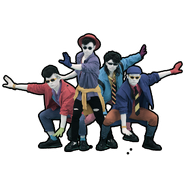 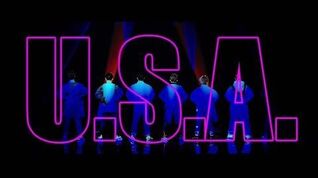 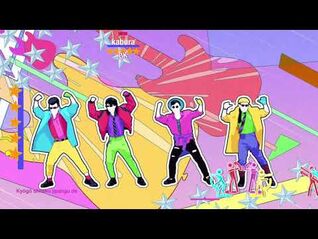 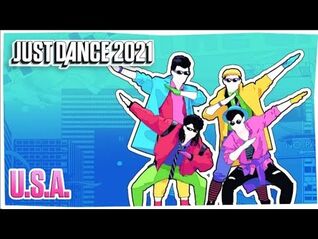