The dancer is a woman with a glitter tiara, curly indigo hair, a tight grey glittered leotard, a long grey glittered glove with magenta end, and grey glittered boots. By the beginning of the second verse, her whole outfit turns lemon yellow. Her outline is light blue, and she creates sparkles and dashes lines by performing certain moves.

At the beginning of the routine, the camera zooms into a buzzing cathodic tube, which turns on and projects the coach on the screen with a holographic effect.

The routine takes place on a black and white stage with two semicircular staircases and a spotlight on each step. When the music speeds up, the spotlights turn on, and the stage turns violet as soon as the coach performs Gold Move 1.

At the end of the routine, the coach fades away with the same holographic effect as the one in the beginning.

All Gold Moves: Put your left hand on your hip, and raise your right hand. 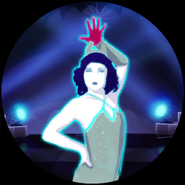 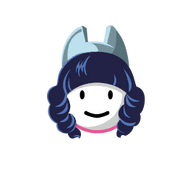 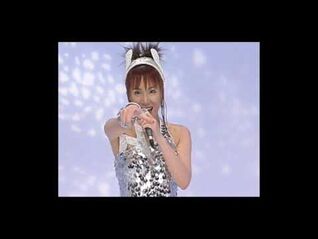 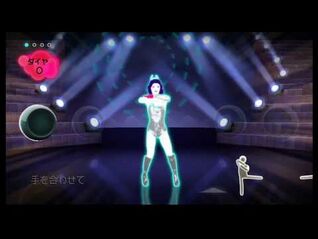 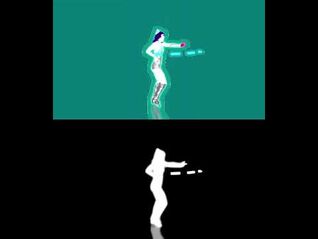