Aurélie Sériné[1]
"Umbrella" by Rihanna featuring Jay-Z is featured on Just Dance 4. It is available on the main tracklist of every console except for the PAL Wii, where it is only featured in the Special Edition of the game.

The dancer is a woman with black curly hair. She wears a black dress that almost reveals her cleavage while being connected to the neck, with the skirt resembling the top of an umbrella, along with a pair of black strapped heels. During the choruses as well as at the bridge, her dress turns dark violet blue, and when she performs the gold move, it turns golden. Her glove extends on her elbow and is colored red.

The background is a rainy pitch black scenario. In the chorus, the rain becomes more luminous and the scenery becomes dark blue. When the dancer performs the gold move, the rain stops in place and becomes golden. At some points in the routine, the rain slows down.

Gold Move: Slowly make a semi-circle with both of your arms. 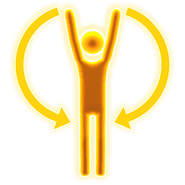 Umbrella is featured in the following Mashups:

Umbrella appears in Puppet/Party Master Modes. Here are the captions attributed to her dance moves: 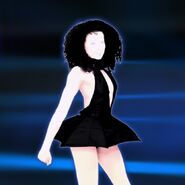 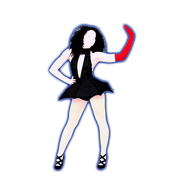 Umbrella on the Just Dance 4 menu (PS3/Wii U) 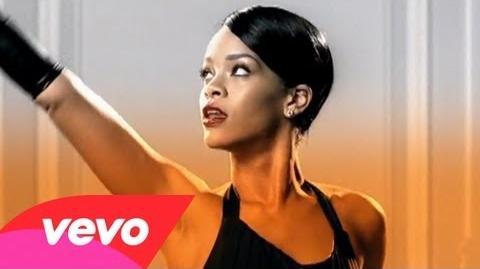 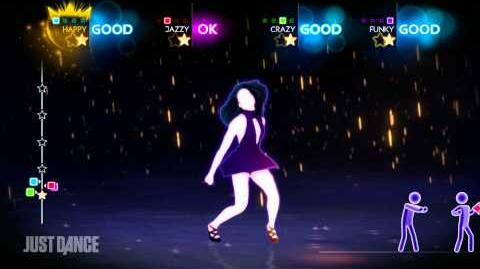 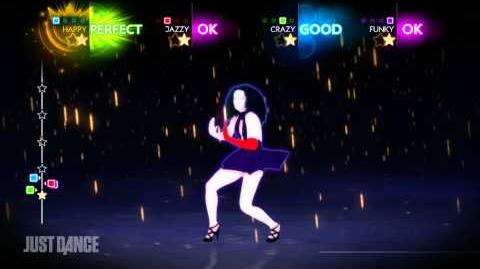 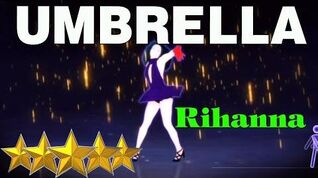 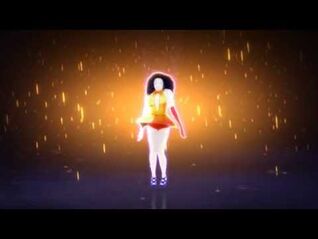