The routine is performed by four different dancers - two males and two females.

C1 is a teenage boy. He wears a grey and blue baseball cap, a red button up t-shirt, black skinny jeans, and teal and red shoes.

C3 is a man. He wears a pair of black teashades, a khaki fedora, an orange and purple tuxedo, and black shoes. He is dressed similar to Bruno Mars in the official music video.

The background takes place in a large city which contains colorful reproductions of the Manhattan bridge, various buildings and signs with the lyrics on them, which, according to Alkis Argyriadis and Véronique Halbrey, gives the feeling of a city that is always transforming itself. Numerous dancers, some of which are from previous games, appear along with the main dancers. The background dancers make their first appearances in the following order.

Some Dancers show up a second time. These dancers are:

Uptown Funk has a Mashup with the theme Behind the Scenes which can be unlocked for 1,000 Mojo Coins on 8th-gen consoles (or 20 Mojo Coins for all 7th-gen consoles). It features dancers from the background of the Classic routine, with the addition of Mr. Saxobeat.

Uptown Funk has a Party Master Mode on Just Dance 2016 for the Wii U. Here are the captions in order of appearance: (Captions in bold indicate a Song Switch.)

Gold Move 1: Throw both of your arms out and open your legs.
Gold Move 2: Grab your shoulders then throw your arms up. 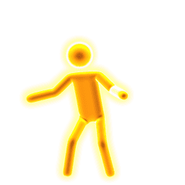 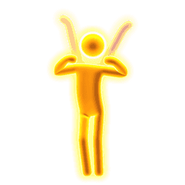 Gold Moves 1, 2, and 4: Point to the screen with both arms. (You Spin Me Round (Like a Record))
Gold Move 3: Put your right hand over your right eye. (Just Dance)
Gold Move 5: Put both arms in the air, like a flexing pose. (Built For This) 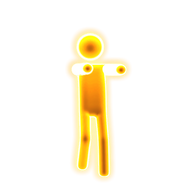 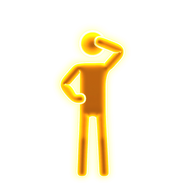 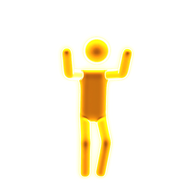 Uptown Funk has a Community Remix which is playable from the start: (no repeats)

Uptown Funk is featured in the following Mashups:

Uptown Funk appears in Party Master Modes in Just Dance 2016. Here are the captions for the dance moves:

Uptown Funk is featured in the following playlists: 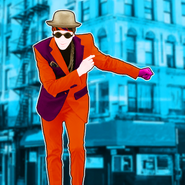 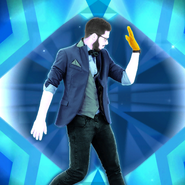 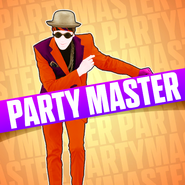 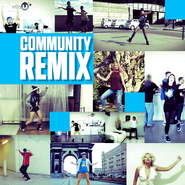 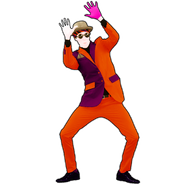 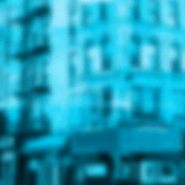 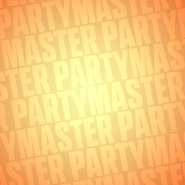 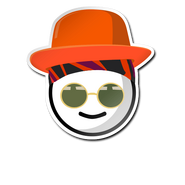 Showtime on the Just Dance 2016 menu 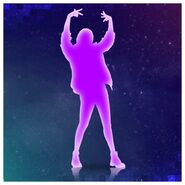 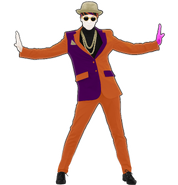 Comparison of the dancer in-game and in real life 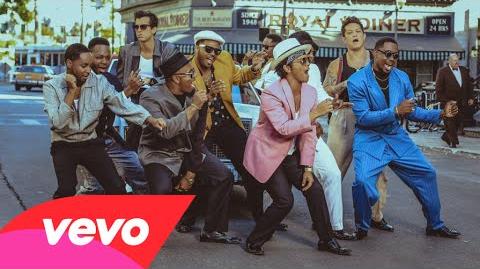 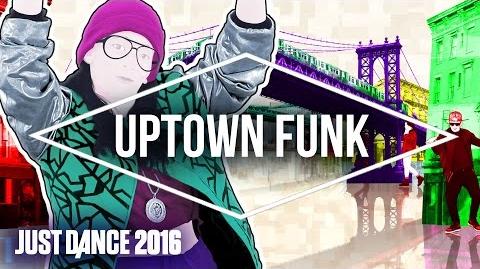 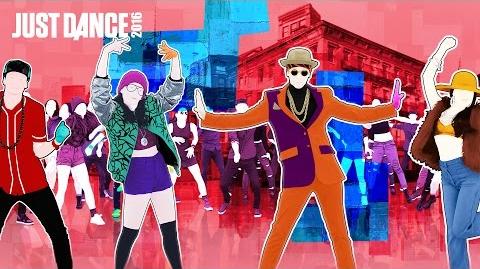 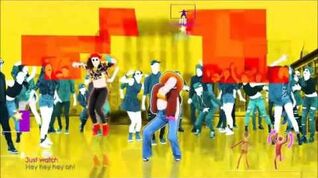 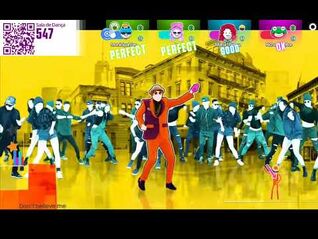 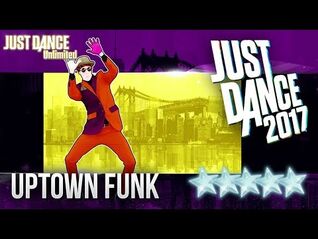 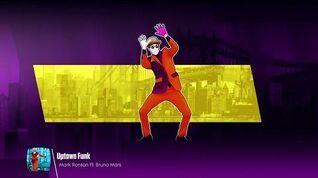 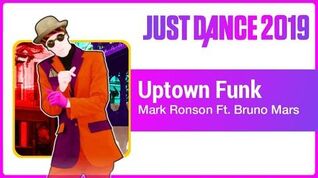 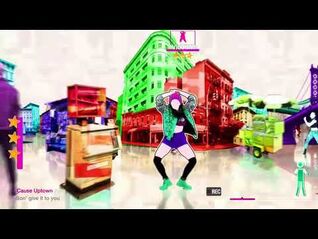 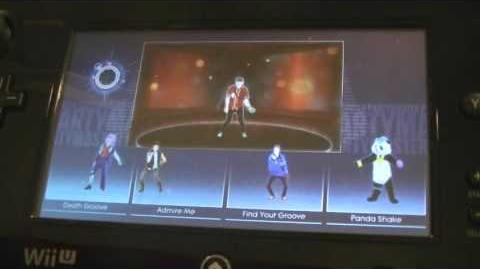 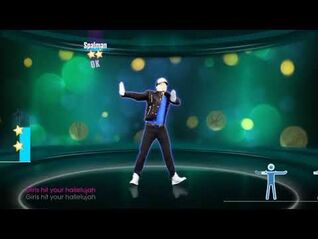 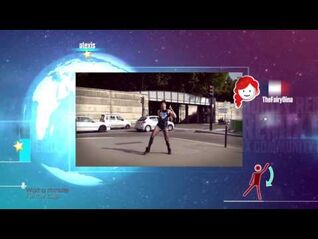 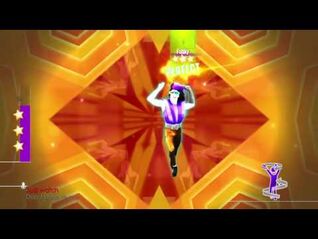 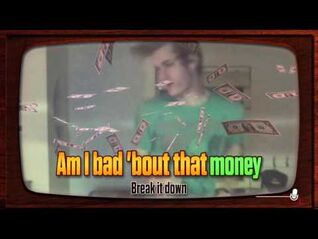