All three dancers are men. The three of them have short black hair and wear black tuxedos with bright blue bow ties, white polo shirts, grey vests, and grey shoes. They are distinguised by slightly different hairstyles, glove colors and certain accents, which are a rose, a pocketwatch and a handkerchief. 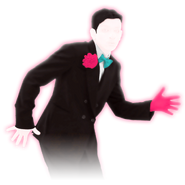 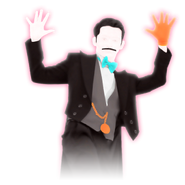 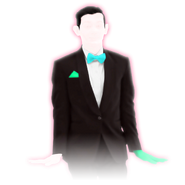 There are 3 Gold Moves in the routine, all of which are the same:

Uptown Funk (Tuxedo Version) is featured in the following playlists: 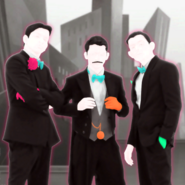 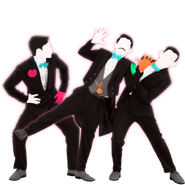 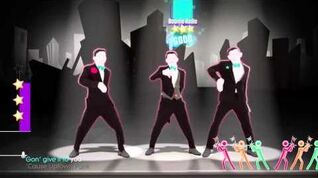 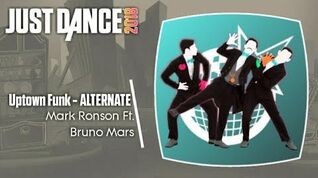 Retrieved from "https://justdance.fandom.com/wiki/Uptown_Funk/Tuxedo_Version?oldid=1370699"
Community content is available under CC-BY-SA unless otherwise noted.