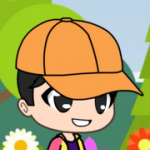 Hewo! Welcome to my userpage!

I’m Alex (or you could call me ATJD), and I (obviously) use this wiki.

You might know me as the person who created the first Coach Conversations thread. (turns out, this user actually used this idea first on a blog post) On the first two threads, I think there was a limit of 10 coaches. But we’ve got rid of that limit, it’s more fun to have unlimited coaches.

When I joined this wiki on October 8th, 2019, my username was “AleXDoesJustDance”. I was unsatisfied with that name, so I changed it to my current one, “AlexTheJustDancer”!

So why don’t we add some redirects and pictures and stuff? That gets people interested! :D

TheChibiKing did this on his former account, so credit to him. But I’ll do it here to!

The Ballad of Mona Lisa by Panic! at the Disco!

Currently, there are no previous bops, it’s the first day of this existing..

Panic! at the Disco

He’s an amazing streamer with a really good personality! He plays a variety of games and has his own Minecraft server. Go check him out!

My all time favorite Just Dance songs are...
Me And My Broken Heart
Sucker
Slumber Party

I’m always up for Live! Chat, primarily on weekends/school holidays. I’ll join even if there’s one person in the chat, as long as they talk. You can invite me to a Chat through my message wall, or if I’m on the wiki and I see one active, I’ll join! :D

You can friend me on Roblox if you’d like! My username is MCguy42. You can also chat with me on there as well.

Things People Made For Me (Request Or Not)

I told you we needed some pictures on this page! :P

Thanks to everyone who made these awesome pictures! You all are awesome! And you can access their userpages by clicking (or tapping) on the blue username in the caption!

AlexTheJustDancer is a member of the All I Want For Christmas Is You Army!

Want to join the army? Just put the link to your userpage here and add { {WeWantPPAP} } to your page! (without spaces)

AlexTheJustDancer is a member of the Just Dance Japan on JDU Army!

Join our army :D We need the Japanese exclusives on JDU. Even though this won’t happen, it’s fun to dream!!

To join our army, just put {{WeWantJustDanceJapanOnJDU}.} on your userpage! (Minus the period)

AlexTheJustDancer is a member of the Demi Lovato Army!

Join our army :D We need more songs by Queen of hits, Demi!

This altar is for anyone who supports the #WeWantDemi movement. Simply put {{WeWantDemi}} onto your userpage to join the army!

AlexTheJustDancer is the leader of the Peppa Pig Army!

Alright! Thanks for browsing my userpage! If you need anything, feel free to ask me on my message wall! Alright, see ya! Bye! :D

Retrieved from "https://justdance.fandom.com/wiki/User:AlexTheJustDancer?oldid=1171721"
Community content is available under CC-BY-SA unless otherwise noted.