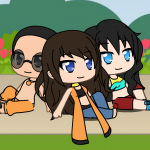 Hey you!!
This Coding Was Done By
This Person Here
Feel Free
To Request Some Coding!!

Retrieved from "https://justdance.fandom.com/wiki/User:FalcoLombardi99?oldid=1142134"
Community content is available under CC-BY-SA unless otherwise noted.