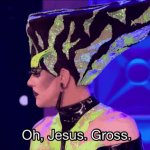 Thanks for visiting my humble profile: I'll reward your interest in me with a hug and a cute little kitten:

I've been a gamer since I was a child and I still love playing videogames in my free time. I came to know about Just Dance back in 2012, thanks to a SmoshGames gameplay video, and it just blew my mind! Since then I've bought every single game that came out for the PS3 (except for JD2017) and played them a lot, together with a friend of mine. The cool thing is, thanks to it I learned to dance well and have fun on the dancefloor at every party I had the chance to be in.

I don't have a favourite game, actually, because every one in my opinion has something good. I've got three favourite routines, though, which are the ones for Gangnam Style, Animals and Rabiosa.

Same goes for music: my playlists range from 70's funk and disco to modern-day electronic or pop music and in general I like every song that's danceable and original. I also listen to alternative rock sometimes.

I speak Italian (my first language), English and a little bit of French (which I'd like to learn more). I also want to learn Japanese in the future.

My opinion about Just Dance

The concept of the game is fantastic: it stands out between other games because it's the one and only whose first aim is having fun without worrying about how good or bad you are at doing it. I also love the fact that it's a reliable and fun form of exercise that everyone can do at home. It is clear that the development team puts so much effort in every element of the game (from the menus to the choreos and the backgrounds) and their work is almost perfect every time, in terms of graphics and gameplay.

The choice of songs in the games is generally good, but I don't like the fact that sometimes they prefer newer songs to old ones: I mean, there's so much good music that comes from the 70s, the 90s and the first 2000s which was never considered to be put in the game, and rather I have to dance to dull songs like Best Song Ever, She Looks So Perfect, Want To Want Me, Fun or such.

The choreos are fun to do and watch, without being too simple or lacking technique. A few exceptions may be most of the songs from the first game, and some others I didn't like at all (like Best Song Ever, that looks dumb and lacks originality, or the newer ones with the "Into You factor").

The songs I'd love to see in the main series

Eventually counting covered/beta/censored songs, these are the ones I think would be perfect for a Just Dance game:

I'm Outta Love, Paid my Dues and Left Outside Alone by Anastacia

Whenever Wherever and Dare (La La La) by Shakira

Move Your Body by Eiffel 65

Everytime We Touch by Cascada

Pretty much any Michael Jackson song (I'm a huge fan of him. I think that Michael Jackson: The Experience had poor calibration and would benefit for a more Just Dance-ish style. Also it was released before XSCAPE, so a huge hit like Love Never Felt So Good couldn't be featured)

Whip My Hair by Willow Smith

Kyoto and First Of The Year (Equinox) by Skrillex

Let's Get Ridiculous and New Thang by Redfoo

Kiss Kiss by Holly Valance (or the original one by Tarkan)

I'm Your Boogie Man by K.C. & The Sunshine Band

Barbara Ann by The Beach Boys

Skater Boy, Hello Kitty, Alice and What the Hell by Avril Lavigne

Bring Me To Life by Evanescence

Fuwa Fuwa Time or other songs from the K-ON! OST

I'm A Believer by Smash Mouth

Lean Back by Terror Squad

My Prerogative, I'm A Slave 4 U and Gimme More by Britney Spears

Any other song by Daft Punk

Push The Button and Round Round by Sugababes

Radioactive by Imagine Dragons (covered by Lindsey Stirling and Pentatonix)

Revolver and Vogue by Madonna

Shake It Off by Taylor Swift

Turn Down For What by DJ Snake & Lil Jon

Tous les mêmes and Alors On Danse by Stromae

JScorpioN96 is a member of the Dancing Queen Army!

JScorpioN96 is a member of the Man Down Army!

JScorpioN96 is a member of the All I Want For Christmas Is You Army!

JScorpioN96 is a member of the Respect Army!

Join our army :D We need Respect on JD2020 or JDU! This "worked" with Dancing Queen, so let's try our luck one more time. Thanks to Therezox for the second photo!

This altar is for anyone who supports the #WeWantRespect movement. Simply put {{WeWantRespect}} onto your userpage to join the army!

Retrieved from "https://justdance.fandom.com/wiki/User:JScorpioN96?oldid=1246960"
Community content is available under CC-BY-SA unless otherwise noted.