Go to the user page of JustDanceTynkerMattyAgain 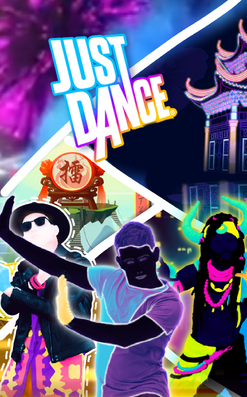 Nice to meet you! I'm JustDanceTynkerMatty! I play Just Dance on my Wii U, Xbox One, and Switch.

Please do not edit my userpage! If you do, I will report to an admin.

And something from Age5CT, made clean by me...

“YOUR GROUNDED FOR HECKING EVER

My upcoming games on coding sites

This is the darkest project that I have ever created. A character dies and turns into a ghost. The game will have no blood, but it will be a kidunfriendly horror game made by a kid.

The main character is P3. There is an enemy in the game. The enemy moves 50 pixels, which is fast according to Tynker. The game is expected to be harder than Cuphead.

This is where the link is going to be. When the game is finished, the link will be pasted here.

Anyways, here are the roles.

Unfortunatley, Fight Club is a werewolf in Boom Boom Simulator.

Once upon a time there was a blue square who entered a portal without noticing. The square corrupted everything from pink to blue, and it’s your job to stop the corruption from going too far.

This is where the link is going to be, when the game is finished and published, I will paste the link.

Anyways, here are the roles.

Werewolf Kubbi Concept Art
Add a photo to this gallery

JustDanceTynkerMatty is a member of the Shake Army!

Join our army :D We need Shake on JD2020 or JDU! This worked with Dancing Queen, so let’s try to do it here!

This altar is for anyone who supports the #Shake movement. Simply put {{WeWantShake}} onto your userpage to join the army!

Join our army if you are super interested in the idea of Werewolf Kubbi and you want JustDanceTynkerMatty to make it a joke.

This altar is for anyone who supports the idea of Werewolf Kubbi, simply put {{WeWantToMakeWerewolfKubbiAJoke}} onto your user page to join the army.

This template is to remember former Geometry Dash player and Youtuber, Malachi Batty, better known as DonutCopper, who was hit by a truck and died at the hospital on March 10, 2017. He will be missed.

Now, here is a list of users that wish condolences to his family (please keep the list in an alphabetical order and please use your full username):

How I describe the admins. 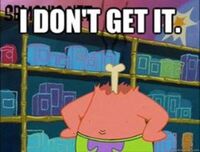 Bluetiful, which is replacing Dandelion.

Retrieved from "https://justdance.fandom.com/wiki/User:JustDanceTynkerMatty?oldid=989429"
Community content is available under CC-BY-SA unless otherwise noted.