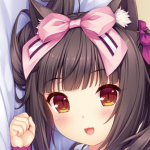 I was born on February 15, 2002 in Overland Park, Kansas. I moved to Monroe, North Carolina in July 2011. My love of Just Dance started in late 2012, when I have received Just Dance 4 for the Wii on Christmas Eve. I have played Just Dance every day ever since that day. In June of 2014, I have acquired an Xbox 360 E. I have sold the Wii I had when I got the Xbox 360 E. I currently have all the main installments on my Xbox. On my 13th Birthday, I have also acquired a Wii U. As of July 24, I will no longer have my Xbox 360, as I decided to get rid of it. I still have the Wii U, the attempt to sell it has failed, and I still have it. In November 2017, I decided to take part in a Just Dance Moves contest on Instagram, this particular one won me a Nintendo Switch console.

As of July 6, I have decided to remove Ash from my profile, as I do not think it is needed here.

Just Dance Games (and mods) I Own

You can find me via these avatars In-Game

Do I play on World Dance Floor or World Video Challenge

Yes, I play these two features. I only play Video Challenge on Wii U. Send me your best scores if you have a Wii U, and just hope you don't get beat.

Do I have Just Dance Unlimited

Do I have any Autodances on both consoles?

Justdancingsam is a proud member of

Join the Hope For Kyary army today! We want a Kyary Pamyu Pamyu song on Just Dance 2020 or Just Dance Unlimited! Possibly Candy Candy or one of her more recent hits, Mondai Girl.

This altar is for anyone who supports the #WeWantKyary movement. Simply put this template onto your userpage to join the army! :)

Retrieved from "https://justdance.fandom.com/wiki/User:Justdancingsam?oldid=1271180"
Community content is available under CC-BY-SA unless otherwise noted.