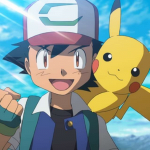 I also have all of the Dance Central games for Xbox 360 and One.

ThePokémonGamer is a member of the So Good Army!

Join our army :D We need So Good on JD2020 or JDU! This "worked" with We Can't Stop, so let's try our luck one more time. (I know we did nothing with We Can't Stop, but it's still fun to do this 😁). Thanks to Master Hydraffe for the first photo, Dance4life628 for the second photo, and Breakingfree for the third photo!

This altar is for anyone who supports the #WeWantSoGood movement. Simply put {{WeWantSoGood}} onto your userpage to join the army!

Retrieved from "https://justdance.fandom.com/wiki/User:ThePok%C3%A9monGamer?oldid=1154836"
Community content is available under CC-BY-SA unless otherwise noted.