"Very Blue Moon" by Tom Zehnder is featured on The Smurfs Dance Party.

The dancers are Smurfs.

The dancer on the left is Papa Smurf. His eyebrows are white along with his beard. He wears a red beanie and red leggings.

The dancer in the middle is Brainy Smurf. He wears a white beanie and white leggings and glasses.

The dancer on the right is Clumsy Smurf, he wears a white beanie and white leggings.

The background is a snowy forest-like neighborhood with mushroom-shaped houses. The dancers dance on a wooden platform.

There are 6 Gold Moves in the routine:

Gold Moves 1-5: Rotate your hands in a circle twice and put them down by your sides.
Gold Move 6: Similar to the first five Gold Moves, but your hands remain up afterwards.

Very Blue Moon is one of the songs in the game that can be played in different languages by switching the game language. This is how it is called in the available languages, as well the singer. 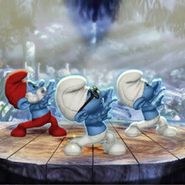 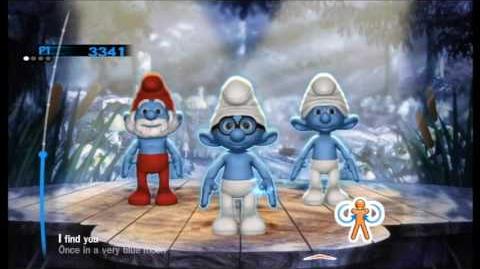 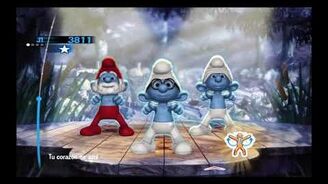 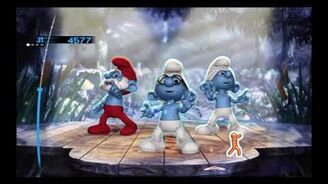 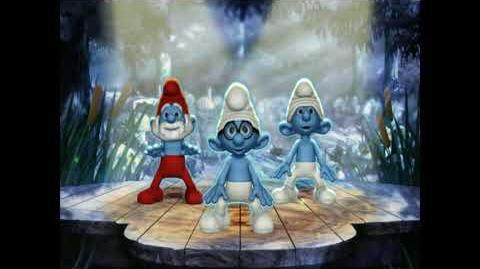 Retrieved from "https://justdance.fandom.com/wiki/Very_Blue_Moon?oldid=1255701"
Community content is available under CC-BY-SA unless otherwise noted.