The coaches for the routine are a man and a woman.

P2 is a woman who has long blue hair, a yellow glove, a blue dress which is longer on one side than it is on the other side, and red heels.

The routine takes place on a street with colorful skyscrapers that resembles Shinjuku in Tokyo with multicolored waves on the sides. 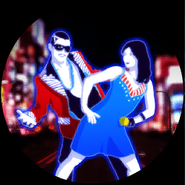 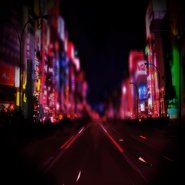 WON’T BE LONG on the Just Dance Wii menu 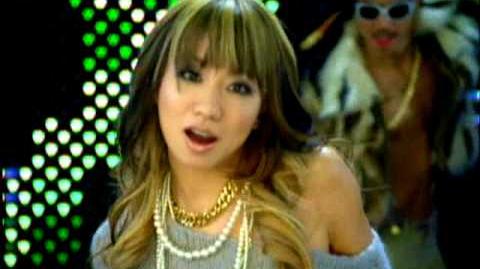 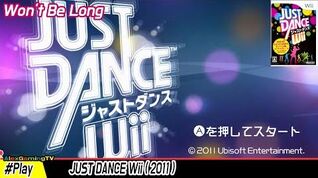