Katrina and the Waves*
(The Just Dance Kids)

P1 has a white cap with a pink stripe on it over short black hair, a light pink sleeveless summer dress, and a pair of orange shoes.

P2 has blond hair in a ponytail with a red ribbon, denim overalls, a yellow t-shirt underneath, and a pair of pink shoes. 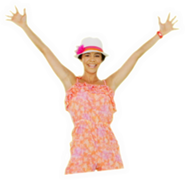 A road full of red, orange and yellow stripes. It also has clouds, bubbles, and sun rays on the background.

Gold Move: Hit the air with your right arm once to your upper right, twice to your right, and once to your bottom right. It is depicted with three pictograms but counts as one move. P1 does this before P2, but the pictograms are the same for both players. 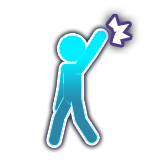 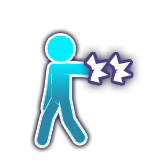 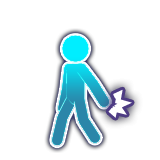 Walking on Sunshine on the Just Dance Kids 2014 menu 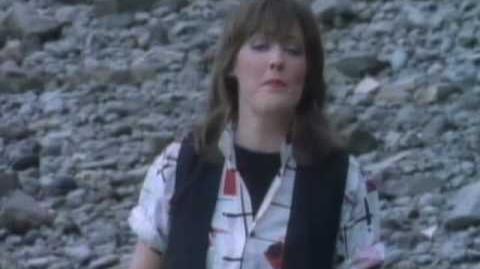 Katrina & The Waves - Walking On Sunshine 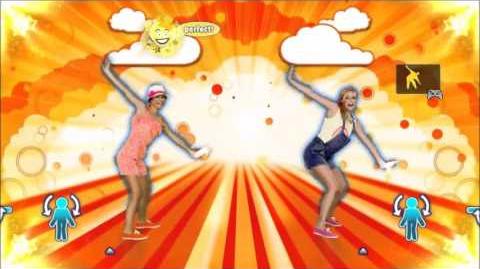 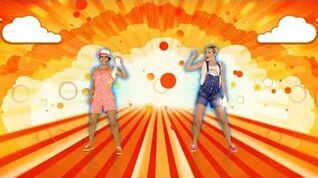