Julia Spiesser[3][4]
"Wannabe" by the Spice Girls is featured on Just Dance and Just Dance Wii.

The dancer is a woman who has red hair with two blue hair bands, with part of her hair tied into pigtails. She wears a teal baggy sweater with a large red-and-white peace sign on it and a larger peace sign repeated behind the original one, red bracelets on her wrists and blue over-sized platform shoes with white laces.

In Just Dance Wii, she looks brighter and her bracelets are now teal.

In the remake, the dancer is brighter and her face is less visible. She is also slightly more realistic.

The background is blue with white dots that mainly stay in place. There are also royal blue light-up panels on the ceiling and floor. The floor is reflective.

In Just Dance Wii, white lights are added to the bottom blue panel, and the floor is more reflective.

There are 2 Gold Moves in the Just Dance Wii and remade versions of this routine:

Gold Move 1: Put out both your arms to the sides, as if to express confusion.
Gold Move 2: Point to the screen with both arms. 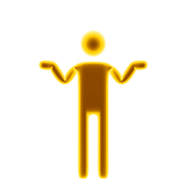 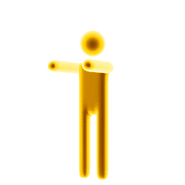 Wannabe appears in the following Mashups:

Wannabe appears in Puppet/Party Master Modes. Here are the captions attributed to her moves: 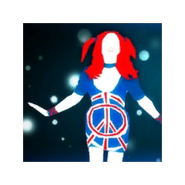 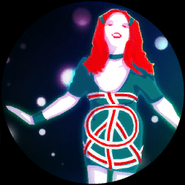 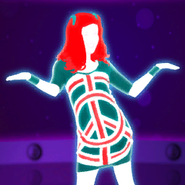 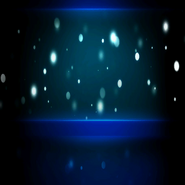 Wannabe on the Just Dance menu 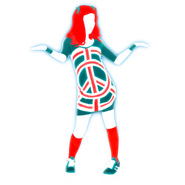 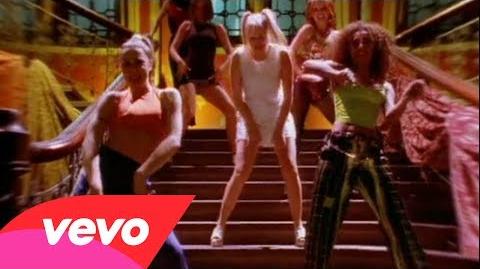 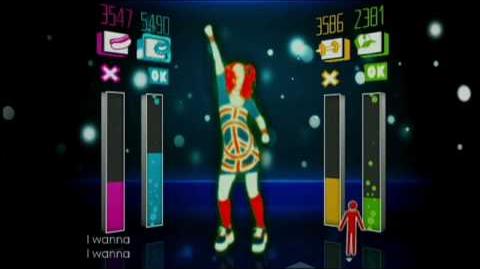 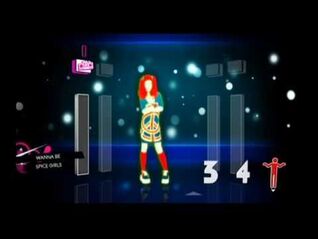 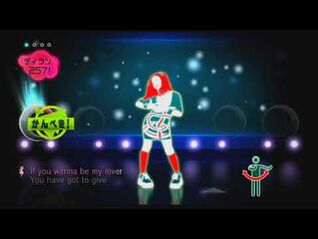 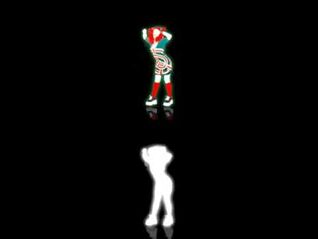 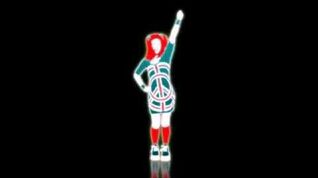 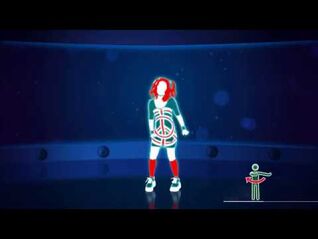