"Want U Back" by Cher Lloyd featuring Astro is featured on Just Dance 4, where it appears on-disc for the Wii U, and as a downloadable track for all other systems.

The dancer is a woman with short magenta hair in a bob (reaching down to collarbone size). She wears a pink poncho with light blue short sleeves and light blue and yellow diagonal stripes, 2 spiky bracelets (a pink one over a light blue one) around her left wrist, light blue jeans and aquamarine platform booties with yellow bows on them. Her outline is light blue.

The dancer is standing on a checker-style platform with different shades of red. A large red spotlight shines in the background. Photographs of the dancer ruining various dance routines in the same game also rain down, including those of Good Feeling, We No Speak Americano, and Cercavo Amore.

Gold Moves 1, 2 and 3: Lift your right arm and leg, and point your right hand in the air.
Gold Move 4: Put your hands beside your head and spin your head in a circle.

Want U Back appears in the following Mashup:

Note that these Dance Quests are only available on the Wii U.

Want U Back appears in the following Dance Quest map:

Want U Back is featured in the following playlists:

Want U Back (Post-Just Dance 4) 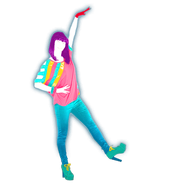 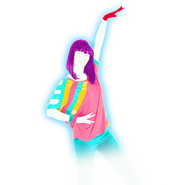 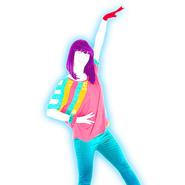 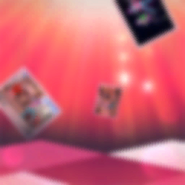 Want U Back on the Just Dance Now menu (updated) 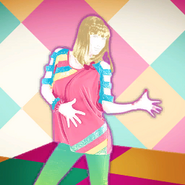 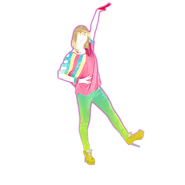 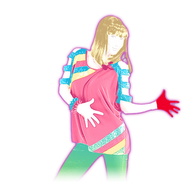 Beta version of the pictogram for Gold Move 4

Aserejé (The Ketchup Song) and Rock Lobster in the background

Superstition and Maneater in the background

Good Feeling and We No Speak Americano in the background

Cercavo Amore in the background

Want U Back’s appearance in the music video for Oath 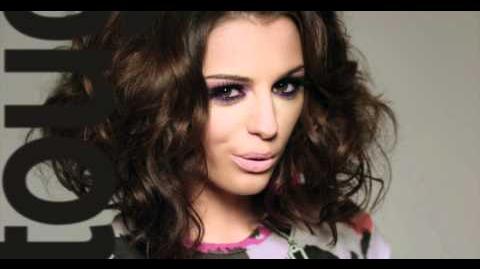 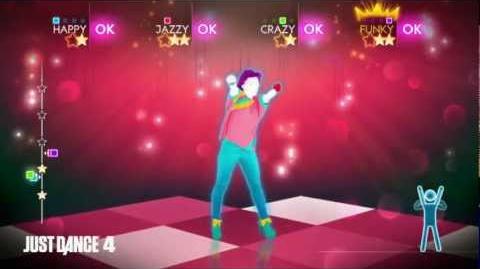 Want U Back - Gameplay Teaser (US) 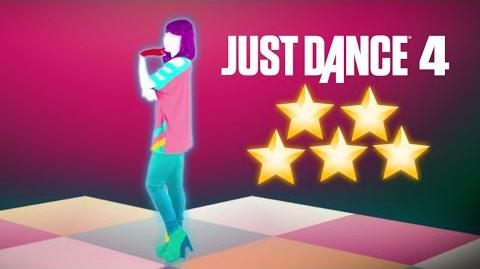 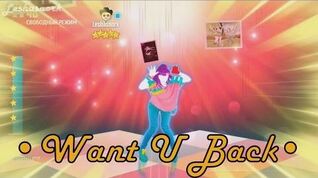 Want U Back - Just Dance Now 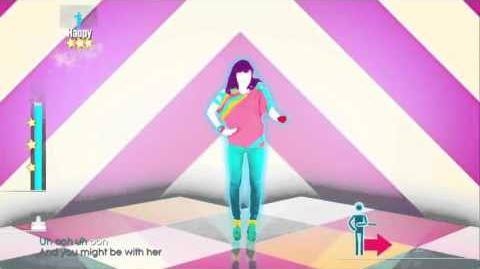 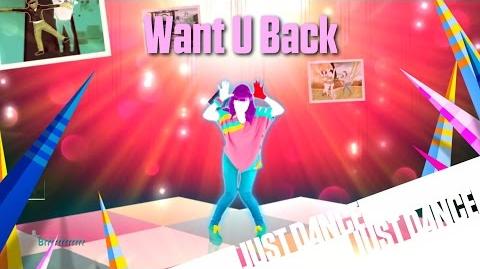 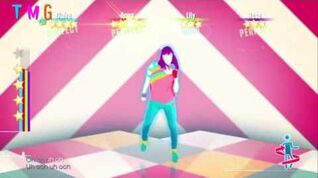 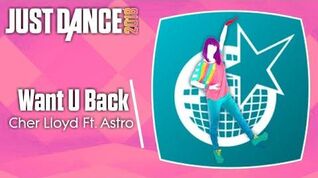 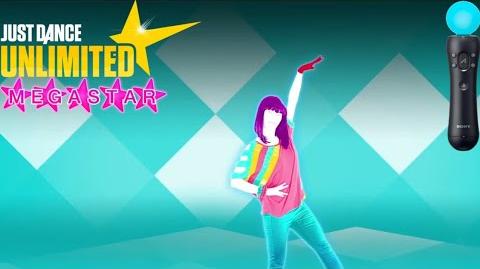 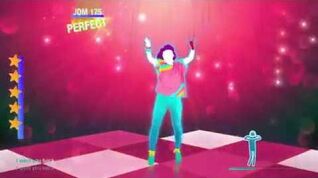 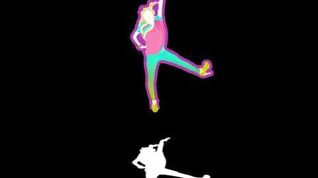 Want U Back Just Dance 4 (BETA)

Retrieved from "https://justdance.fandom.com/wiki/Want_U_Back?oldid=1244775"
Community content is available under CC-BY-SA unless otherwise noted.