< Water Me
View source
watch 02:56
Raise a Floppa - The Loop
Do you like this video?
Play Sound

The routine is performed by a reindeer and a panda. They wear sports kits and each one has a ball paddle. P1’s is violet, and P2’s is blue.

P1 is the reindeer from Make It Jingle. His outfit is mainly different. His antlers are purple and he wears a pair of glasses that have a light green frame. He wears a light green tank top with a pink outline, indigo shorts, and pink shoes. He also has two pink and one purple bracelets on his left hand.

P2 is the panda from the Classic routine. He has yellow hair. He also has blue-and-yellow headbands and a wristband with the same colors on his right wrist. He is wearing a yellow polo shirt and a pair of pink gym shorts. He is holding on to a blue tennis racket. 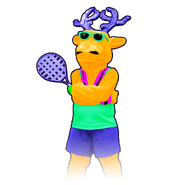 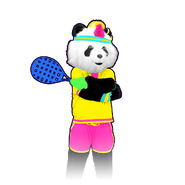 The routine takes place on a tennis court. There is a split screen between the two coaches, which moves. The floor is blue and, above it, the Just Dance and Ubisoft logos as well as the stars from the Classic routine’s background can be seen constantly transitioning.

Water Me (Tennis Version) is featured in the following playlists: 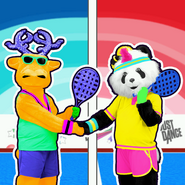 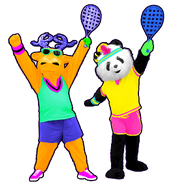 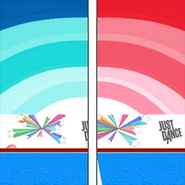 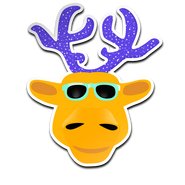 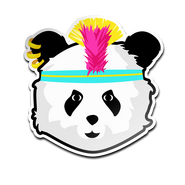 Water Me (Tennis Version) on the Just Dance 2020 menu

The coaches on the icon for the Just Dance Now playlist "Thank You, Dance!" (along with Just Dance) 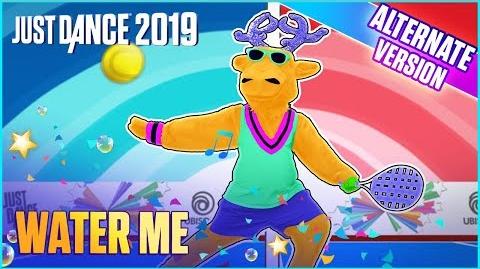 Water Me (Alternate) - Gameplay Teaser (US) 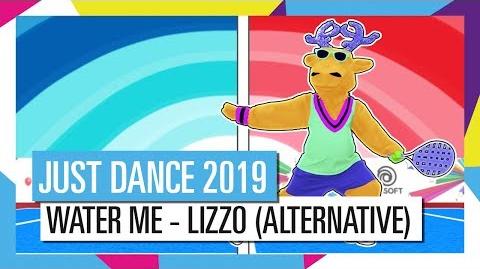 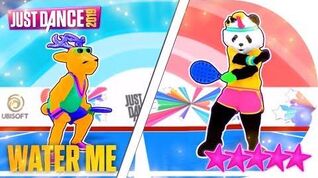 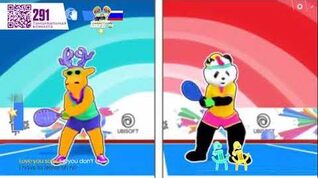 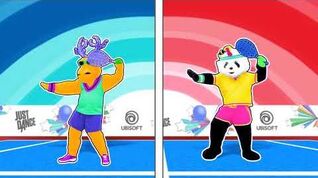