JDU
1A Selective Yellow
1B: Mine Shaft
2A: Supernova
2B: Burnt Orange

"Waterloo" by ABBA is featured on ABBA: You Can Dance, Just Dance Now, and Just Dance Unlimited.

The routine is performed by four dancers - two males and two females, which represent each member of ABBA when they performed this song at the Eurovision Song Contest 1974 (which are also the clothes they wear in the music video to this song).

P2 resembles Frida. She has short curly brown hair and wears a white shirt, a pink and white striped belt, an orange and white skirt, and red boots.

P3 resembles Agnetha. She has long blonde hair. She wears a blue beanie, a blue shirt, blue pants with a silver belt, and black boots.

P4 resembles Björn. He has short brown hair and he wears a black shirt with white buttons, a silver belt, black pants, and black boots. 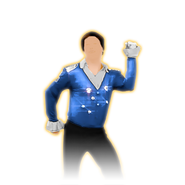 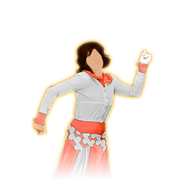 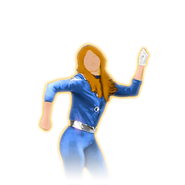 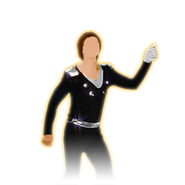 The routine takes place on a dark stage. During the intro, two white spotlights light up over the coaches (first P3 and P4, and then P1 and P2), and then the entire scenery becomes lighter, revealing more details.

The stage has a grey-beige square in the middle with a semicircle on the top and three big semicircles behind the coaches. Two of them are placed on a pedestal, and the smallest one has ellipses around another semicircle, resembling a half-cut citrus fruit. There are also protruding bronze brown squares on the sides, a faint golden disco ball on the top left and other faint golden lights on the top. White spotlights occasionally light up on the coaches throughout the routine.

When the coaches perform their Gold Moves, the background becomes darker all of a sudden and lights up progressively. As soon as the chorus starts, small circular lights light up around the circles one after the other in a fast motion or together.

At the end of the routine, the background fades to black slowly.

Both Gold Moves: Spin around and put your hands near your hips. This is a left-to-right Wave Gold Move.

Waterloo is featured in the following playlists: 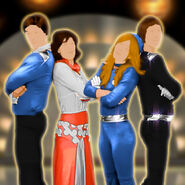 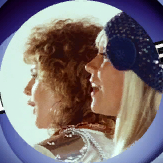 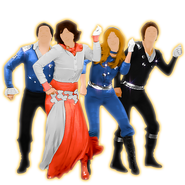 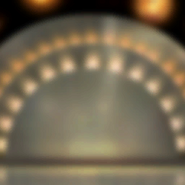 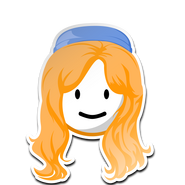 Waterloo on the ABBA: You Can Dance menu

Waterloo on the Just Dance 2017 menu

Waterloo on the Just Dance 2018 menu

Waterloo on the Just Dance 2019 menu

Waterloo on the Just Dance 2020 menu 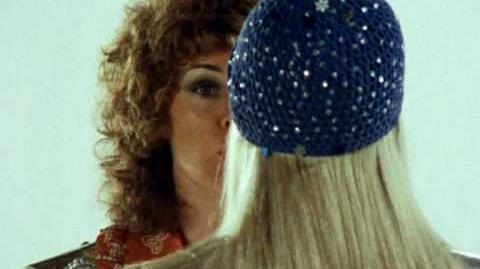 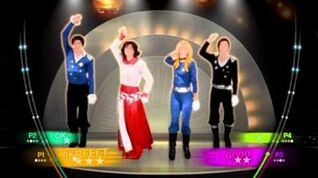 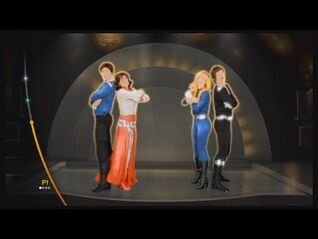 Abba You Can Dance Waterloo 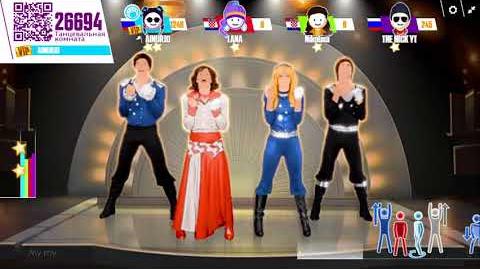 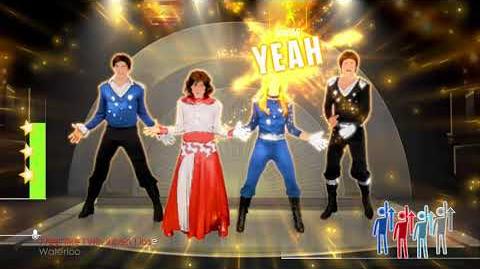 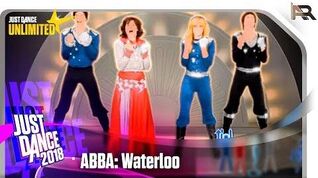 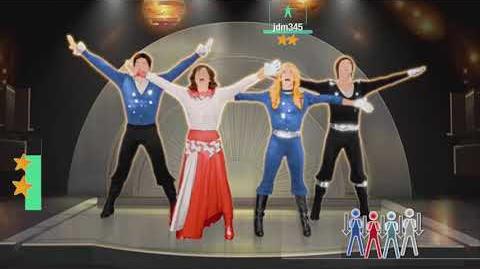 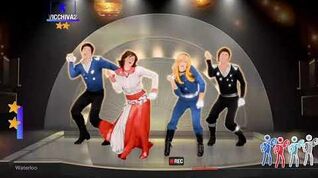 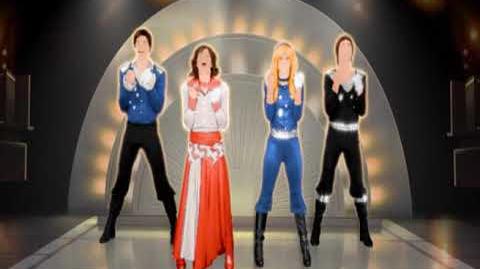 Waterloo - ABBA You Can Dance Extraction