P1: Bren Fonseca[1]
P2: Alexandra Ponomaryova[1]
P3: Hilary Flores[1]
Unused/Male Version
P2: Eduardo Bañuelos[1]
"Waterval" by K3 is featured on Just Dance 2022 as a Benelux region exclusive.[2] An Internet connection is required to play the routine. The song was released to Just Dance Unlimited on January 27, 2022, as part of the World Tour event. The song is also featured on 舞力无限 and Just Dance Now.

This section is a stub. You can help by adding to it.
The routine is performed by a trio of women who resemble the members of K3. They wear navy blue dresses with a rainbow design consisting of the colors red, orange, yellow, blue, and purple. They also wear white shoes which also have a rainbow on each shoe

The coach is a man with pink hair, a white nose piercing and was supposed to represent the hypothetical male K3 member. He wears a navy blue shirt with the same rainbow pattern as the girls’ dresses and navy blue pants that have the same rainbow design at the end. He has a yellow glove. 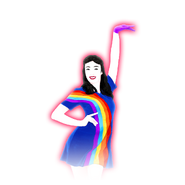 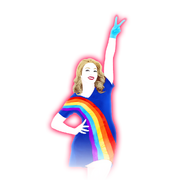 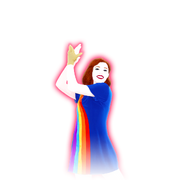 There are 3 Gold Moves in this routine. Gold Moves 1 and 2 are done consecutively:

Gold Move 3: Face your head and point your right arm to the right. 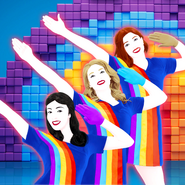 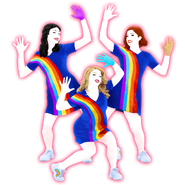 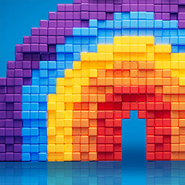 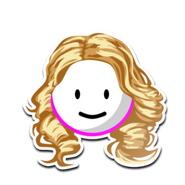 Waterval on the Just Dance 2022 menu 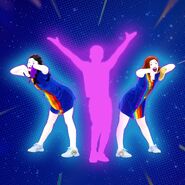 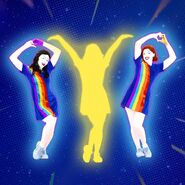 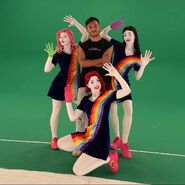 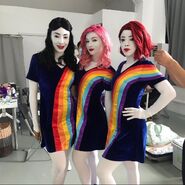 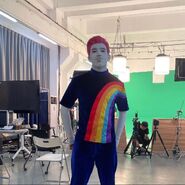 Behind the scenes
(unused male coach) 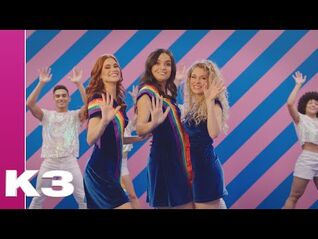 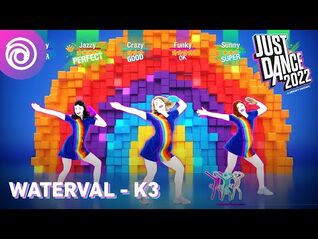 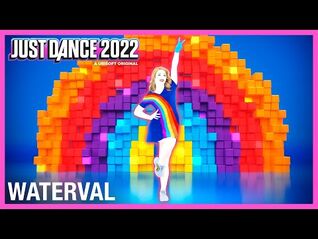 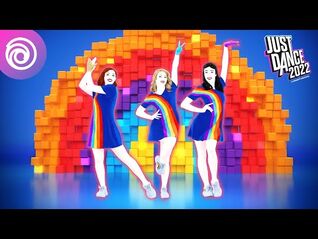 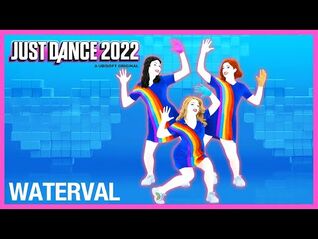 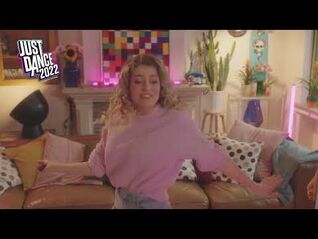