Céline Rotsen[1]
"We Can Fly" by Happiness is featured on Just Dance Wii 2. 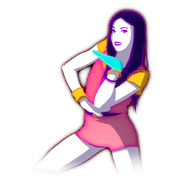 The dancer is a woman with long straight purple hair. She wears a pink one-piece dress with a purple belt and a blue buckle, purple knee-length boots with an orange edging. She also wears two bracelets on her right hand, each colored orange and purple.

The routine takes place in what looks like a hall with two long staircases. They meet at the top, where a window is located behind the dancer. It later changes to purple neon lights. 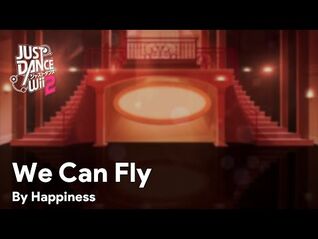 There are 6 Gold Moves in the routine:

We Can Fly is featured in the following playlists:

We Can Fly on the Just Dance Wii 2 menu 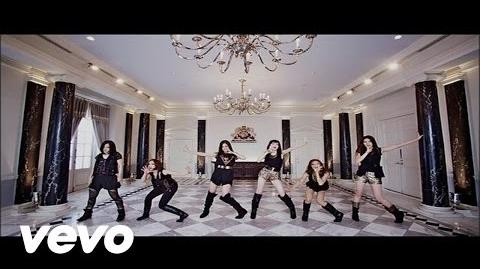 Happiness - We Can Fly 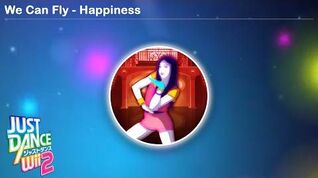