The dancer is a schoolgirl with ponytails. She is wearing a red jacket over a pink T-shirt, yellow leggings, and a pair of black shoes.

The background appears to be in a middle school classroom. The classroom has windows, wooden lockers, a door, a tiled ceiling, a chalkboard, desks facing the chalkboard, and a carpet. After the first verse, the colors of the classroom switch to the beat.

Both Gold Moves: Make a circle with your head. 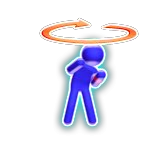 Whip My Hair on the Just Dance Kids 2 menu (Wii) 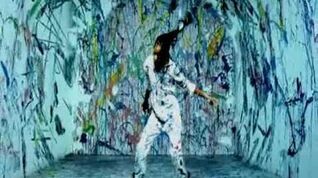 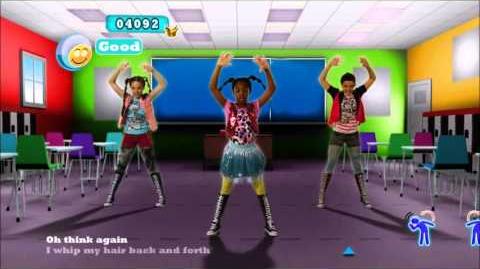 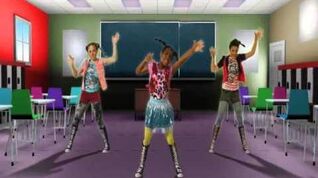