NOW files
1A: Jacaranda
1B: Lonestar
2A: Casablanca
2B: Brick Red

On eighth-generation consoles and Nintendo Switch versions of Just Dance 2019, Work Work is one of fourteen tracks to be available at the beginning.

The routine was also planned to appear on Kids Mode in Just Dance 2019, but was never added to the feature.

The trio is performed by three female construction workers, followed by many rows of backup dancers.

P1 is a woman wearing a hot pink tight crop top which covers the neck, and underneath she wears a baggy pair of ripped blue jeans, with a continuous onesie, which is detached and left hanging around the waist. over the jeans is a pink cloth strap round the waist with hanging pockets, and golden chains over the pocket on the left side. Her undergarment is black, and so are the bracelets on her right hand. She wears tall black heeled boots, with green long socks. She has mid length aqua-green hair, tied into one messy fishtail braid and resting on her left shoulder. Over her head, she wears a bright golden helmet. On each of her cheeks are two blue strips.

P2 is a woman wearing a leathery one-piece jumpsuit that changes from grass green to fluorescent yellow-green throughout the routine. The jumpsuit is messily worn and unzipped down to the stomach, revealing her black bra and multiple gold necklaces. There is a tight black band of cloth around the waist, over the suit. The suit ends a few inches above the feet. She wears pink boots with black soles, heels, and laces. She wears a few golden bangles on her right hand as well. Her hair is tied up in a long tight ponytail that goes through her dark-golden helmet through a tubed orifice at the top and hangs freely outside. She wears wide one-piece sunglasses over her eyes.

P3 is a woman wearing a hot pink tight crop top which covers the neck, and underneath she wears a pair of denim short shorts, with a continuous onesie, which is attached to her neck from the front and back. Over the shorts is a pink cloth strap around the waist with hanging pockets, and golden chains over the black strap holding the pocket-cloth, on the right side. She has a black wristband on her right hand. She has black medium-length hair, tied into two braided pigtails and rested on each shoulder. Over her head, she wears a bright golden helmet. She wears tall black heeled boots, with green long socks. On each of her cheeks are two blue strips. 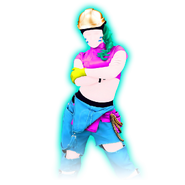 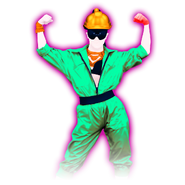 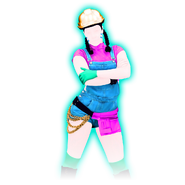 The routine begins in an underground tunnel with clones of P1 and P3 working on it while several tools, a ladder, and two signs with the word "Work" written on it can be seen. The camera then zooms in onto the coaches, who are on an open-air elevator with two direction signs next to it.

During the routine, the elevator moves up as the clones can be seen working on a building while the scaffolding and rivets flash to the beat of the song. Traffic lights, direction signs and warning lights can also be seen on the scaffolding. Before the chorus begins, the elevator stops on the building's roof with floodlights, sandbags, a work table and an easel on it, and in front of a wall, which cracks to the beat before getting destroyed at the beat drop.

The background brightens before changing to a sunset with silhouettes of the clones performing poses with their pickaxes while cranes can be seen working on a building.

At the beat drop before the bridge, the background changes into a rooftop with the words "Work Work" visible as a billboard with the clones moving their lighted pickaxes and sledgehammers to the beat. Buildings and cranes can also be seen. The windows of the buildings flash to the beat of the song. During the bridge, the billboard flashes every time the word "Work" is sung as the floodlights, and windows flash to the beat drop before the background changes back to the chorus's background.

Gold Move 1: Crouch down and press your hand on the ground.
Gold Move 2:

Work Work is featured in the following playlists: 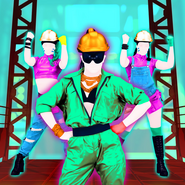 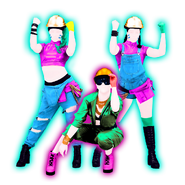 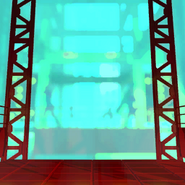 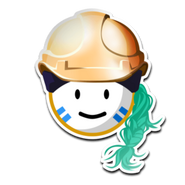 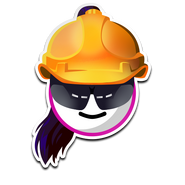 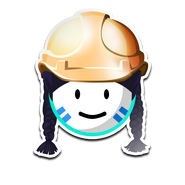 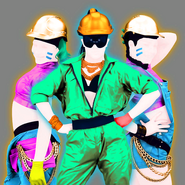 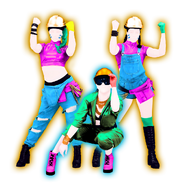 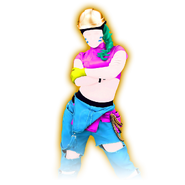 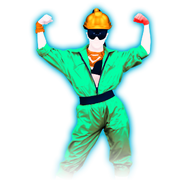 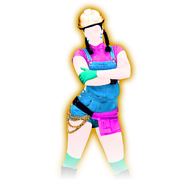 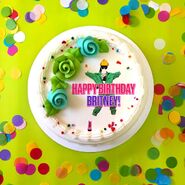 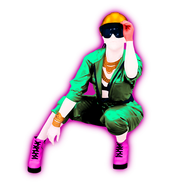 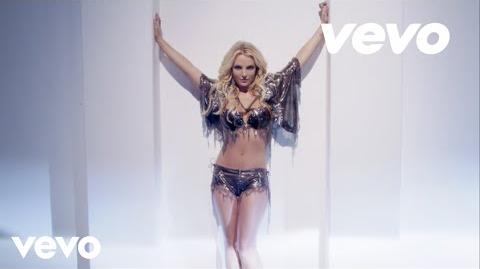 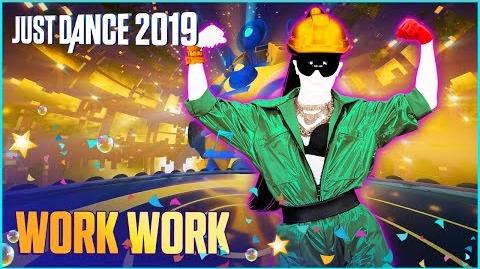 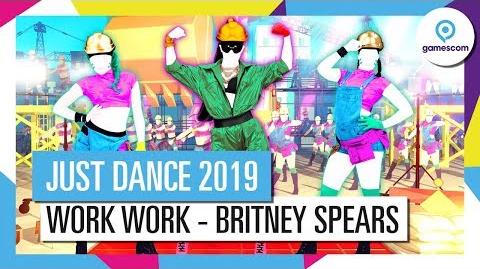 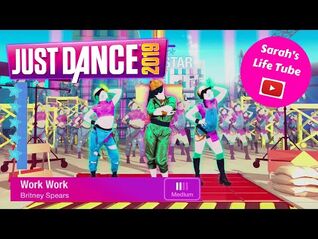 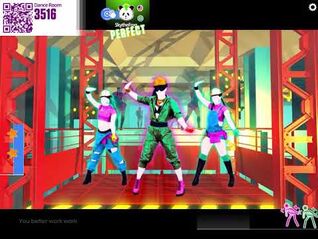 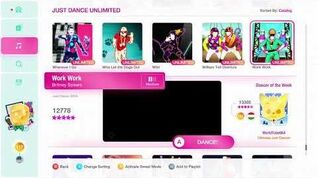 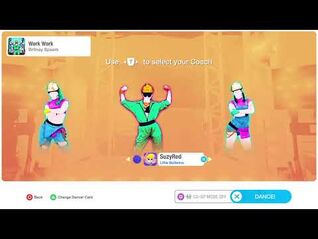