P2 has a pink spherical helmet with yellow spikes on the sides and on the top and a rectangular visor with a cyan outline. He wears a pink shirt that is nearly covered by a cyan shape printed on it. He also wears a pink jacket with sharp cyan shoulder pants and long sleeves while an orange chain necklace is placed on his neck. He wears a pair of cyan jeans secured by a purple belt with a yellow buckle with a red section in the center and has a loose end on the right side and pink sneakers with white soles and laces. 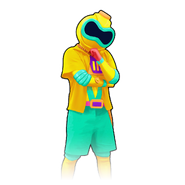 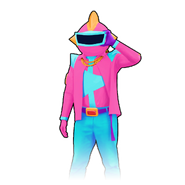 The routine begins with the coaches in a circular saucer-style spaceship. The entire ship is made with shiny chromatic metal, with a circular rotating plate above the coaches, with circular light spots above while surrounding on a much larger and brighter circular light spotlight in the center. The ceiling also has a darker ring surrounding it, with faint red lines. The floor is made of black reflective metal, with a ring in blue lines. The walls are filled with computer screens and systems, each different per side. The right side has a blue screen with a constant stream of binary numbers, the center behind the coaches is has a black screen with some squares and lines, and the left side has a red screen with a constant stream of binary numbers. Throughout the routine, the spaceship constantly beams them into different locations.

In one of the possible locations, the dancers are transported into a frosty planetary body covered in ice, with sharp arches, jagged hills, and craters. Geysers of water also shoot out from the craters randomly. Due to the lack of atmosphere, the starry sky from outer space is seen, which clearly reveals two planets above. The planet in the farther view is yellow with a ring around it and the planet nearest in the view is rusty red and is shown as a massive gas planet with clouds.

In another possible location, they landed on a desert planet, with an atmosphere with green-to-light brown gradient in color. Far in the view are two large pyramids, as well as some of the circular spaceships crashed on the sandy ground. The lights from the spaceships faintly glow while a piece of the wreck is seen near to one of the ships. Several other spaceships are seen flying in the sky, with some of them beaming down a green light on the ground. In the sky, a nearby planet is seen, which is greenish-gray due to the planet’s atmosphere.

In another possible location, they land on an alien planet full of life. The planet is filled with tall fungi, which feature towering caps far in the background, stalks with bulbs that faintly sway to the air, and stalks in cup-shaped layers that raise and lower their length to the music beat. These plants cast a dark blue shadow on the soil, which is dark brown. There are also tall branch-like growths in the distance, which slowly grow and increase height. The sky is orange, with two bright planetary objects seen faintly as white objects in the sky.

Lastly, another possible location sets in an asteroid belt swirling around a yellow sun. The gas around the sun swirls and moves constantly while several asteroids fly above the dancer's asteroid platform. Whenever the dancers jump and landed on their feet, dust rises up in a short cloud. Several stars are seen in the space, many of them shining to the beat of the music.

During the outro, the dancers return back to their spaceship.

X appears in the following playlists: 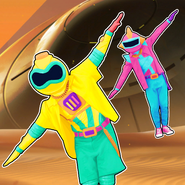 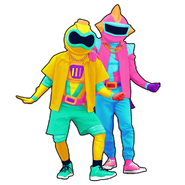 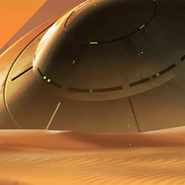 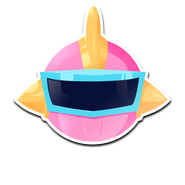 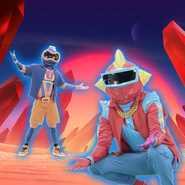 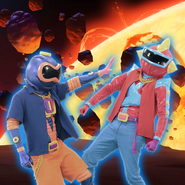 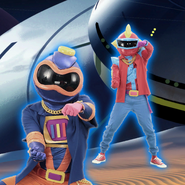 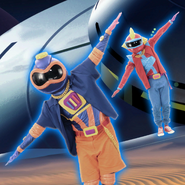 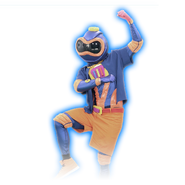 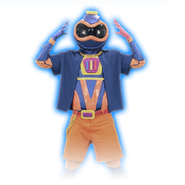 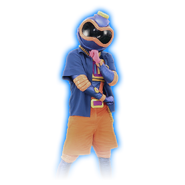 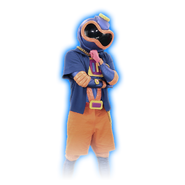 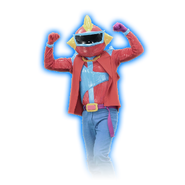 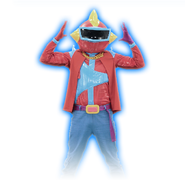 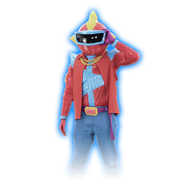 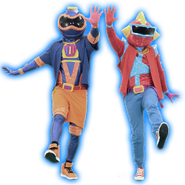 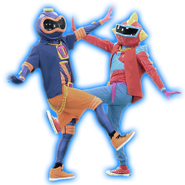 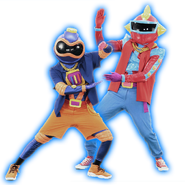 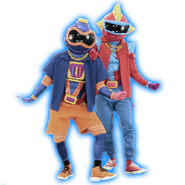 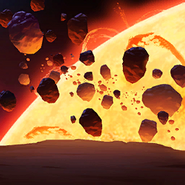 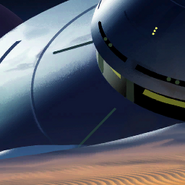 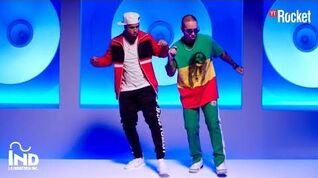 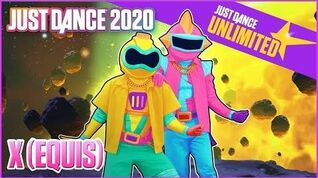 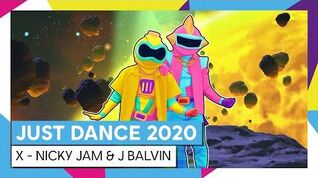 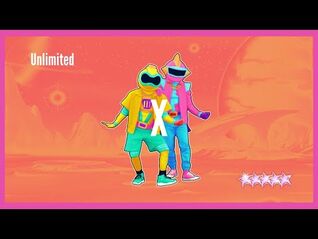 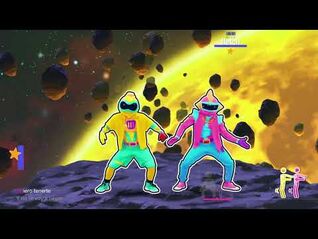