The dancers are a pair of women with dark purple and white outlines.

P1 wears a blue cylindrical hat with light blue and pink stripes, a pink tank top with two big stars, a purple cape which back side is pink, pink and purple striped armbands, a skirt with purple, yellow, pink and light blue triangles, pink high socks, and a pair of light blue boots. Her hair is lilac colored with a bob-style cut. She has yellow glove.

P2 has a green and pink cylindrical hat with triangles, a yellow tank top with a watermelon slice, a green cape with a pink back side, yellow and green armbands, a skirt with green, yellow, dark green and fuchsia triangles, ochre high socks, and fuchsia boots. She also has long, pink hair. Her glove is pink. 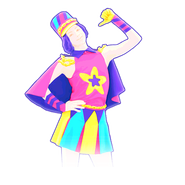 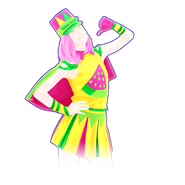 The routine starts in a sunny sky with stylized clouds and many colorful donuts, along with a bigger one that shakes to the beat of the song and gets replaced by other different ones.

During the verses, the background is replaced with a sea with many donut-themed pool tubes floating in the water; Later, this gets replaced by a pink sea with colorful surf boards.

During the chorus, the background shows a sandy beach with animated, colorful popsicles that sway with every "summer"; After that, it shows a shore with beach umbrellas decorated like fruits, striped beach chairs, and more pool tubes. 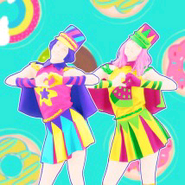 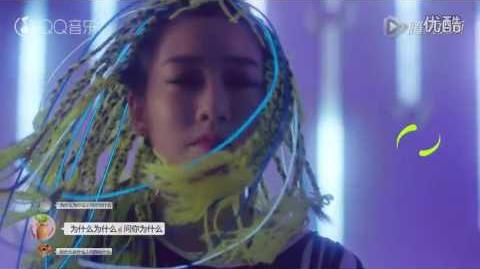 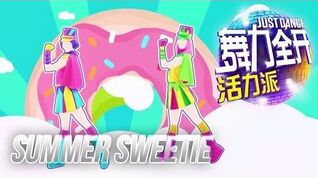