Monica Peña[citation needed]
"小鸡小鸡 (Xiao Ji Xiao Ji)" (also known as "Chick Chick") by Wang Rong Rollin is featured on 舞力无限. It was also previously featured on 舞力全开：活力派, but was removed prior to the shutdown of the game.

The dancer is a woman wearing a hooded-chicken costume, along with a light blue eye mask resembling a pair of large cartoonish chicken eyes. The costume consists of some patterns and some feathers in different colors such as pink, yellow, and light blue, along with a pink belt, yellow pants with black lines on them, and light blue boots with laces. She also has a black and white outline that is in full opacity.

The dancer is wearing a dark blue eye mask. He is dressed in a chicken costume with feathers which are colored yellow, red, and dark blue. The dancer also wears a pair of long, dark blue socks and a pair of feathery yellow boots with dark blue pom-poms. Along with the final dancer, he has a black and white full-opacity outline. 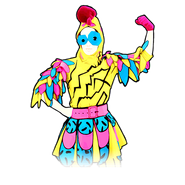 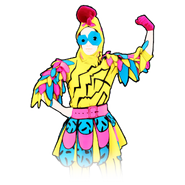 The background is about many colored squares containing animals which sing when their sound is mentioned in the song, and there are rectangles that contains animals. During the chorus, the background changes to a farm containing the animals that have appeared before the chorus. When the coach "runs", the background zooms into another part of the farm.

There are 3 Gold Moves in this routine (2 in Just Dance Unlimited):[4]

Gold Moves 1 and 3 (only in 舞力全开：活力派): Rotate your arms clockwise while stomping your right foot.
Gold Move 1 (only in Just Dance Unlimited): Put your hands on the side of your head.
Gold Move 2: Put your arm up as if you were flexing your muscle. 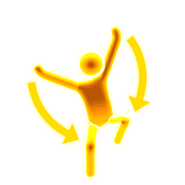 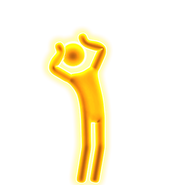 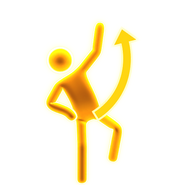 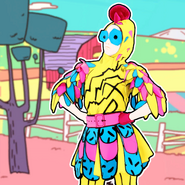 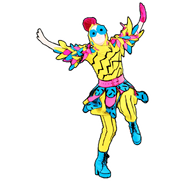 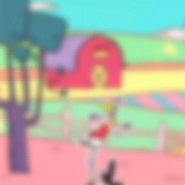 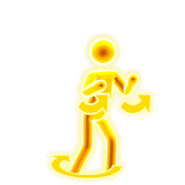 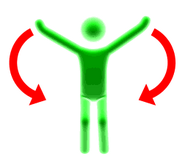 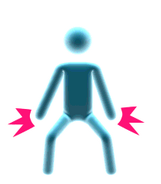 Beta pictogram 7
(it faces the right side) 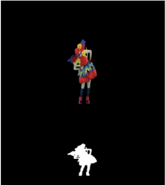 Placeholder pictogram + behind the scenes of the Beta coach 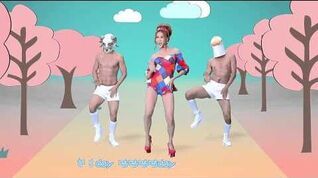 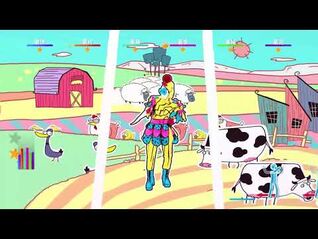 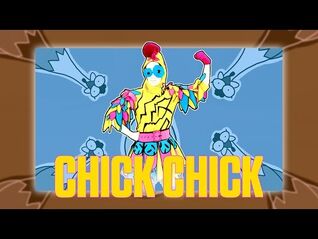 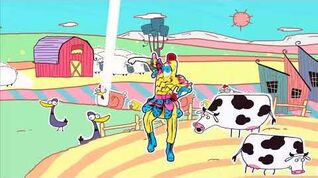 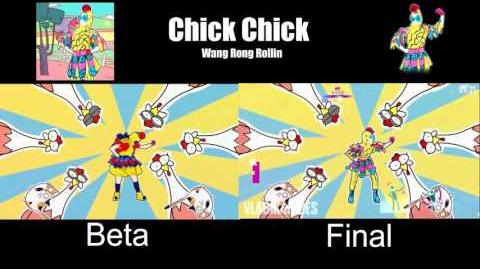