P1 is Keita. He wears a red shirt with a white star on it. He also wears black pants with red sneakers.

P2 is Fumika. She wears a white/blue buttoned sweater with hearts attached to it. She also wears blue shorts with black boots. 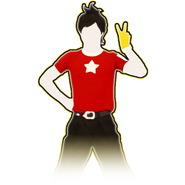 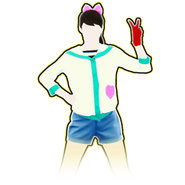 A wooden platform in front of a sunny beach with some palm trees. There are colorful flowers at the sides, and Jibanyan is dancing behind the coaches; time after time, the number of dancing Yokai grows. In the verses, it changes to a cartoony seafloor with seaweed, sea stars, some jellyfishes and bubbles containing some Yokai. Then, it changes into the Yokai Watch pattern, and then the rotation starts over. 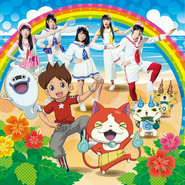 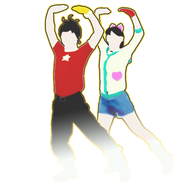 The glitch with P2's glove 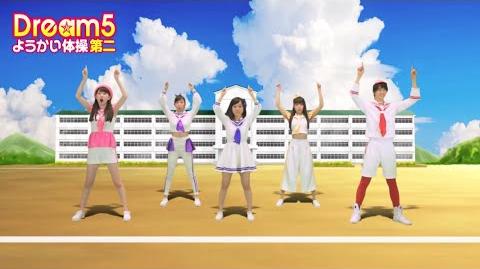 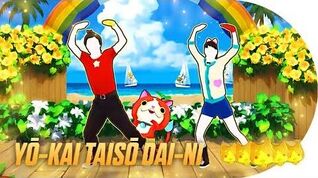 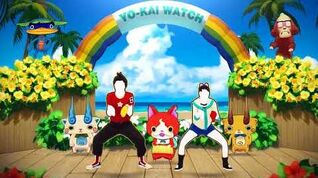